DEG Marks Its 25th Anniversary With New Board of Directors, Increasingly Diverse Membership 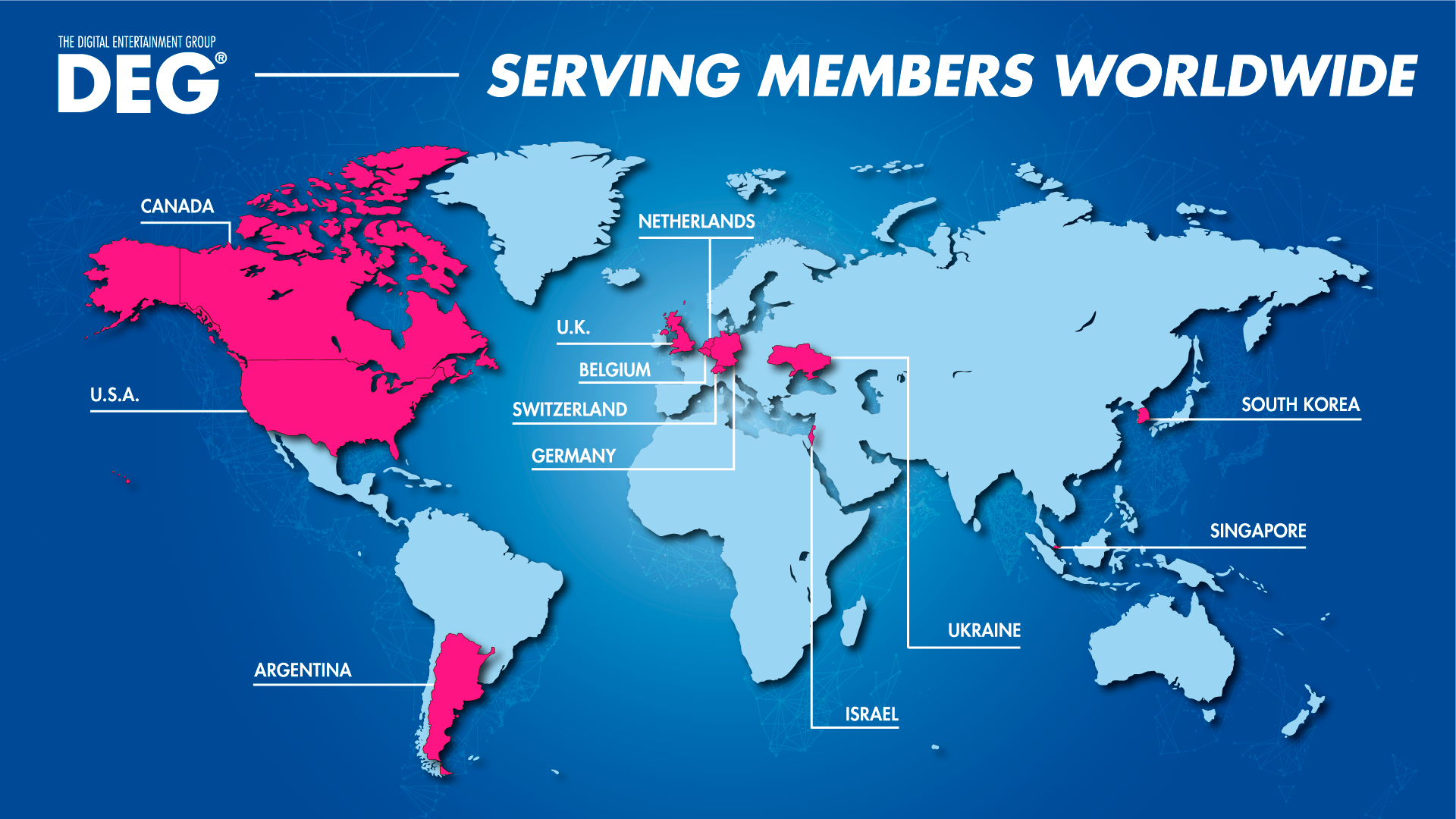 
LOS ANGELES (August 11, 2022) – DEG: The Digital Entertainment Group, formed in 1997, is marking its 25th anniversary as the leading digital media trade association supporting home entertainment with a new board driving a membership that reflects the diverse, global and fluid digital entertainment marketplace.

The Officers of the DEG Board were elected to a two-year term and will serve through July 2024. Officers include Chair Dan Cohen of Paramount Global (left); Vice Chair Jonathan Zepp of Google (right); CFO Andrea Downing of PBS Distribution; Secretary Rick Hack of Intel; and Chair Emeritus Jim Wuthrich of Warner Bros. Discovery.

The Board also includes two seats representing DEG’s two Alliances, the D2C Alliance (D2CA) and the Advanced Content Delivery Alliance (ACDA), which play increasingly important roles in focusing DEG membership for the future and broadening the organization’s membership. The Board D2CA Director is Adam Lewinson of Tubi. The ACDA Board Director is Bill Neighbors of Xperi Holding Corporation.

DEG marks its quarter century with an expanding global membership that includes 81 member companies encompassing all areas of the digital entertainment ecosystem. These companies are diverse in their business segments and in their geographic locations. They include, for example, Israel’s Deepdub, a localization service provider; Argentina’s BB Media, a data science company specializing in media and entertainment; South Korea’s Blintn, a global content marketplace; and U.S.-based TreeTrunk, which introduces a new standard for NFTs that enables blockchain royalty collection and distribution.

“I’m delighted that DEG membership is evolving to reflect the increasingly global nature of the digital entertainment ecosystem,” said DEG Chair Dan Cohen, Chief Content Licensing Officer, Paramount Global. “The new Board is committed to serving all DEG members and to providing the membership even more opportunities for collaboration, education and networking across industry sectors and across borders.”

“We welcome all of our new DEG Board Directors and are thrilled about our expanding base of companies based outside the U.S.,” said Amy Jo Smith, DEG President & CEO. “I’m grateful that they see the value of membership in DEG, which is committed to continuing to deliver high return on investment for members evolving into global providers of direct-to-consumer entertainment.”