NPD Group: 5G Benefits Will Be Minimal for the Entertainment Industry… At First 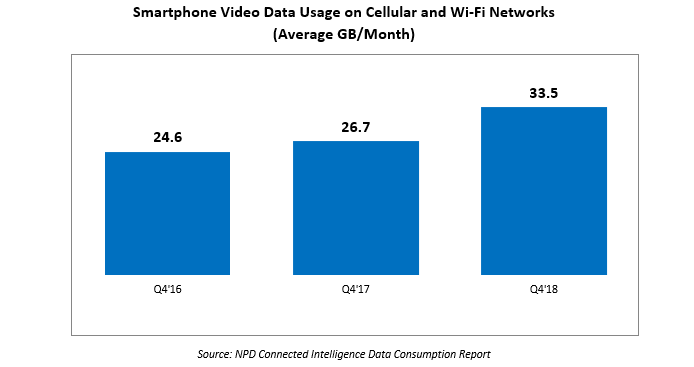 06 May NPD Group: 5G Benefits Will Be Minimal for the Entertainment Industry… At First

Posted at 07:00h in Blog by Marcy Magiera
Share

May 6, 2019 | 5G is one of the hottest buzz words in the tech world with every vertical industry working to determine how these super-fast networks will impact their business models – once they go live. The entertainment industry was one of the major beneficiaries of the migration from 3G to 4G networks, as it mobilized the video streaming/watching behavior, thus there’s extra motivation for the ecosystem players to understand what lies ahead for the industry once U.S. operators blanket the nation with 5G networks. 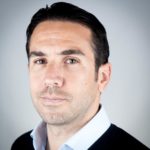 Video streaming accounts for more than 80 percent of all data traffic on smartphones. In fact, the average smartphone user consumed a total of 33.5 GB of data (mobile cellular and Wi-Fi combined) for streaming video content on his/her smartphone in Q4 2018, up from 24.6 GB in Q4 2016. While this boost can be largely attributed to the increase in adoption of OTT video services, such as YouTube (63 percent smartphone reach*) and Netflix (16 percent smartphone reach*), this couldn’t have happened without the smartphone hardware and network enhancements we’ve seen in the past couple of years.

Currently, major U.S. wireless operators offer 4G LTE Advanced (LTE-A) networks with average downlink speeds of 30 to 35 Mbps, which is more than adequate for reliable 4K content streaming, according to benchmarks provided by Amazon (15 Mbps) and Netflix (25 Mbps). This is where things get complicated for the entertainment prospects of 5G networks that promise gigabit per second downlink rates and super low latency. Until immersive AR/VR experiences are integrated into video content, existing LTE-A networks will be sufficient to deliver the necessary speeds for decent streaming on the go.

Video content has been the core of U.S. operators’ 4G push (e.g., T-Mobile’s “Binge On” and “Netflix on Us” or AT&T’s “DirectTV Now” or “HBO Now” offerings), but 5G will better enable smart city technologies, industrial robotics, healthcare, autonomous vehicles, IoT, and real-time gaming in the short-term. The 5G entertainment prospects will truly surface once 5G-powered devices become mainstream and more affordable (Samsung’s upcoming S10 5G will carry a price tag of more than $1,500) in early 2021.

Nevertheless, mobile video consumption still has room to grow thanks to the advancements we are seeing in smartphone form factors that foster streaming activity. The demand for smartphones with large displays has been gradually increasing, and there is a direct correlation between the device screen size and the amount of time consumers spend streaming video on their smartphones. For instance, an average Android smartphone user with a screen size of under 4.5-inches watches 12 minutes of video content a day on his/her smartphone, compared to the average Android smartphone user with a screen larger than 4.5-inches, who watches 21 minutes a day. The emergence of new form factors like foldable smartphones will undoubtedly further fuel nomadic video consumption.

We see some of the greatest benefits for 5G in enhanced, but potentially niche, video solutions. Take, for example, the sports scenario. A 5G mobile user at a stadium could benefit from not only watching the game live, but also having access to multiple, concurrent video streams related to the game. Those could include a close up of the action, with slow-motion reruns of key moments, as well as a stream of the sideline action, so you can see coaches and players on the bench. This would enhance the live game experience, but would be difficult to deliver at the relatively slower speeds of today’s 4G networks.

On the more basic end of the scale, but in many ways far more important, is the ability for 5G networks to extend the reach of broadband solutions into more rural markets that are probably never going to have fiber lit up. The current limitations of line-of-sight or DSL networks means speeds that are closer to 3 Mbps for many rural communities: enough to get your email and basic browsing, but unlikely to be enough to support video streaming

So what we really view as the benefit of 5G, once it truly arrives, is that it removes the speed constraint from the imagination of mobile developers – letting the true innovation begin.