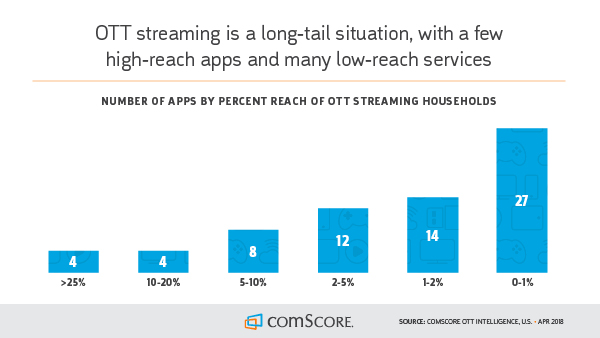 Posted at 08:00h in Blog by Marcy Magiera

July 23, 2018 | comScore’s new State of OTT report paints a picture of OTT Streaming as a longtail situation, with a few high-reach apps and many low-reach services.  Of the roughly 70 OTT services tracked by comScore, more than 1/3 reach less than 1% of OTT Streaming Households – in absolute numbers, fewer than 600K households using the service. Only 8 services have reach of over 10%, or more than 5.95MM households using the service. 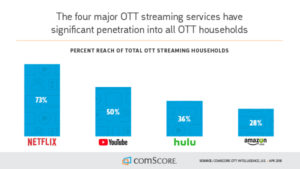 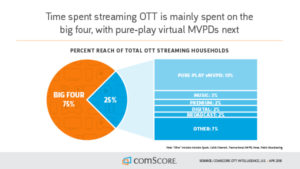 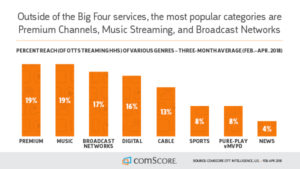 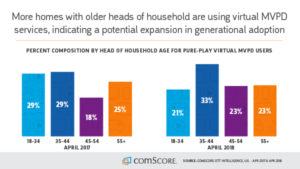 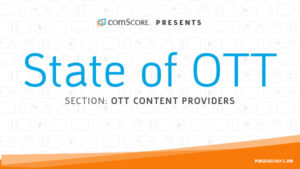