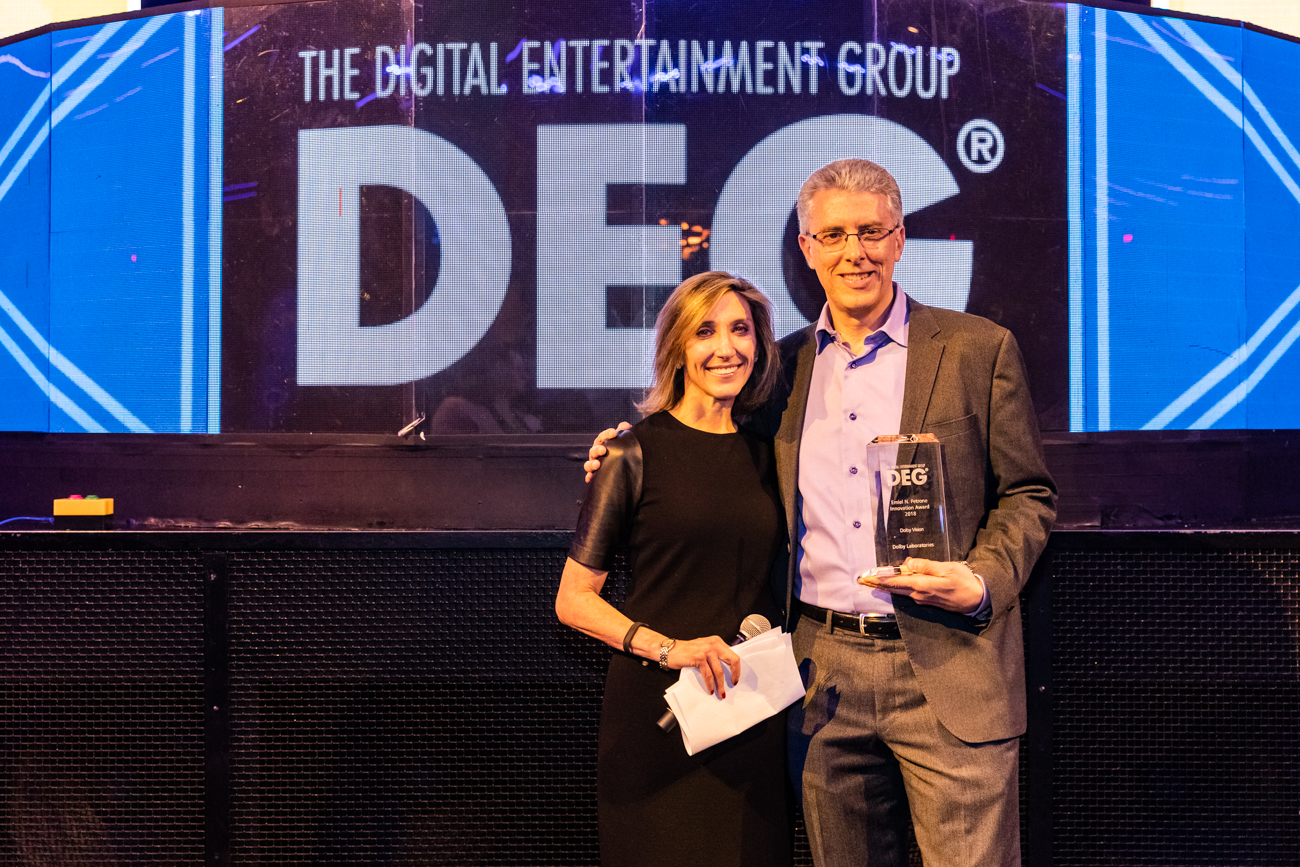 Above | DEG’s Amy Jo Smith with Ron Geller of Dolby.

LAS VEGAS (Jan. 8, 2019) – DEG: The Digital Entertainment Group will use its annual reception at CES here on January 8 to showcase its Achievement Awards honoring the best 4K UHD hardware and software products released during calendar 2018. Dolby Vision will also be honored by DEG leadership with the DEG Emiel N. Petrone Innovation in Entertainment Technology Award.

Selected by a panel of product reviewers from the industry’s home theater enthusiast and business publications, one hardware and one software product will be awarded with the top honors.

The DEG: Excellence in 4K Product Award goes to Sony Electronics for its Sony MASTER Series A9F OLED TV. For the Product Award, criteria include delivery, on a consistent basis, of outstanding audio/video performance, convenience and versatility.