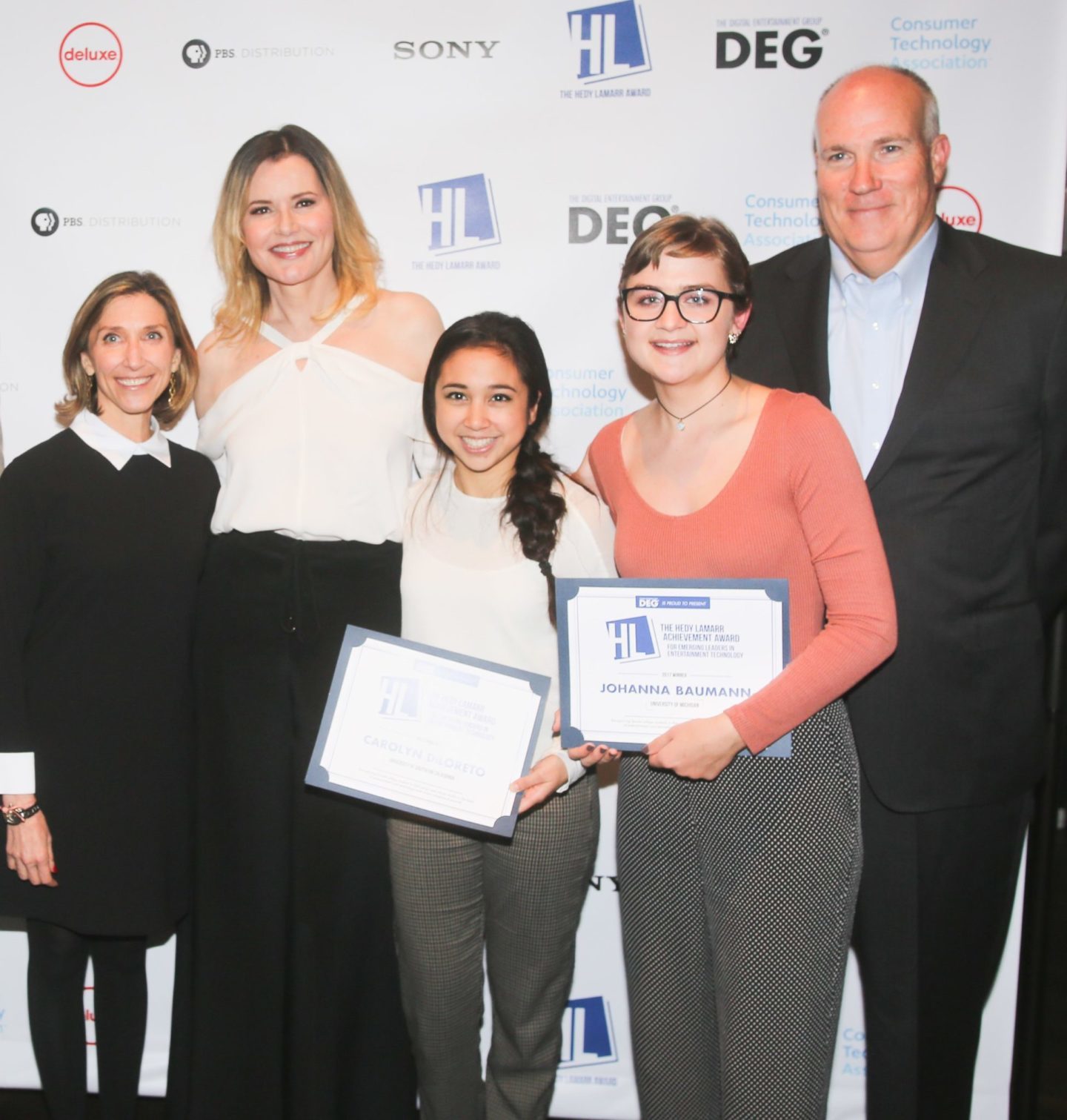 LOS ANGELES (November 16, 2017) – DEG: The Digital Entertainment Group is pleased to announce the opening of the second year competition for two awards: the “Hedy Lamarr Award for Innovation in Entertainment Technology,” which recognizes female executives in the fields of entertainment and technology who have made a significant contribution to the industry; and the “Hedy Lamarr Achievement Award for Emerging Leaders in Entertainment Technology,” which recognizes female college students in their Junior Year who have shown exceptional promise in the field. The second annual Hedy Lamarr Awards will be presented in November 2018, to coincide with the 104th anniversary of Hedy Lamarr’s birth.

The announcement follows the presentation of the inaugural Hedy Lamarr Award for Innovation in Entertainment Technology to Geena Davis, Founder and Chair of the Geena Davis Institute on Gender in Media, last night in Santa Monica, Calif. The 2017 Hedy Lamarr Achievement Award for Emerging Leaders in Entertainment Technology was presented to student Johanna Baumann of the University of Michigan. Finalists Carolyn DiLoreto of the University of Southern California and Cherylynn Lima of Smith College were also recognized. All three received scholarships.

“We are so grateful for the support DEG received for the inaugural Hedy Lamarr Awards from across the entertainment and technology communities,” said Amy Jo Smith, President, DEG. “We look forward to continuing to honor Ms. Lamarr, and to continuing her legacy by recognizing the achievements of accomplished successors like Geena Davis.”

The 2017 awards were made possible through the generous sponsorship of Vubiquity CEO Darcy Antonellis, the Consumer Technology Association (CTA), Deluxe, PBS Distribution and Sony Electronics.

To honor Ms. Lamarr, the Innovation Award seeks to recognize and commemorate women industry leaders that have made a similar impact in the field of entertainment technology. The Achievement Award seeks to encourage and enable highly motivated students to pursue opportunities available to them in entertainment technology, be those pursuits academic or professional. In 2018, up to $20,000 will be awarded.