Tubi’s Adam Lewinson says more than half of Tubi Originals rank among the most viewed in their respective genres in the month of their debut.

May 25, 2022 | DEG welcomes Tubi as a new member. Tubi, a division of FOX Entertainment, is an ad-supported video-on-demand service with over 40,000 movies and TV shows, including a growing library of Tubi originals; 125-plus local and live news, sports and entertainment channels; and 400-plus entertainment partners, featuring content from every major Hollywood studio. Tubi gives fans of film, television, news and sports an easy way to discover new content that is completely free.

DEG: In Tubi’s 2022 Brand Insights report, the data presents AVOD audiences as growing at twice the rate of SVOD audiences, and in particular, growing among older and more affluent consumers. What are the consumer trends that you see driving this shift?
AL: The history of television has been predominantly ad-supported, so in many ways streaming trends are reflecting consumer preference. In an era when most media companies are moving content behind paywalls, Tubi and our sister companies across Fox are focused on ad-supported television without friction. Subscription fatigue continues to be a pain point for consumers, further fueling the rise of AVOD. 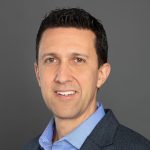 DEG: Another of the report’s key insights is that free streaming platforms will each increasingly differentiate loyal audiences, while maintaining an overlap with SVOD. What are some key attributes of the Tubi audience that are unique from other services’ audiences?
AL: According to the report, 27 percent of Tubi streamers currently can’t be reached on any other major AVOD service: 78 percent aren’t on Peacock, and 62 percent aren’t on Hulu; however, 71 percent subscribe to Netflix, currently unreachable by ads. Tubi’s audience is young and diverse, with two in three streamers 18 to 54 years of age; one in five are African American; 17 percent are Latinx; and more than two in five are multicultural. More than 70 percent of Tubi streamers are unreachable on cable, 56 percent are unreachable on linear TV, and our average viewer is 16-plus years younger than non-streamers.

DEG: What is Tubi’s content strategy and how is it different from that of other ad-supported streaming services?
AL: Tubi has the largest library of premium movies and TV in streaming, with over 40,000 titles and growing. Our content comes from over 400 partners, including every major Hollywood studio. This vast offering is coupled with 100+ FAST channels including the largest offering of live local news channels in streaming.

We launched Tubi Originals last year to great success, with our approach uniquely focused on our viewers. Our development and production strategy is guided by our Content Intelligence engine, which informs us about our highest-performing genres that will resonate effortlessly with our audience. Over half of Tubi Originals rank among the most viewed in their respective genres in the month of their debut.

DEG: What drew you to make Tubi part of the DEG community?
AL: I’ve always been inspired by collective efforts in the media community, such as anti-piracy campaigns. DEG provides an opportunity for us to work collectively to further causes that help promote streaming.

DEG: When you have time to relax, what’s at the top of your “must watch” list and how do you prefer to watch?
AL: Of course, I watch Tubi, preferably in the living room on a widescreen TV.  I’m usually watching nostalgia TV, sci-fi, adult animation and a lot of movies (typically a Tubi Original!).

Bring It On: Cheer or Die (Universal)

Christmas On My Mind (Cinedigm)

Bring It On: Cheer or Die (Universal)

Bring It On: Cheer or Die (DVD; Universal)