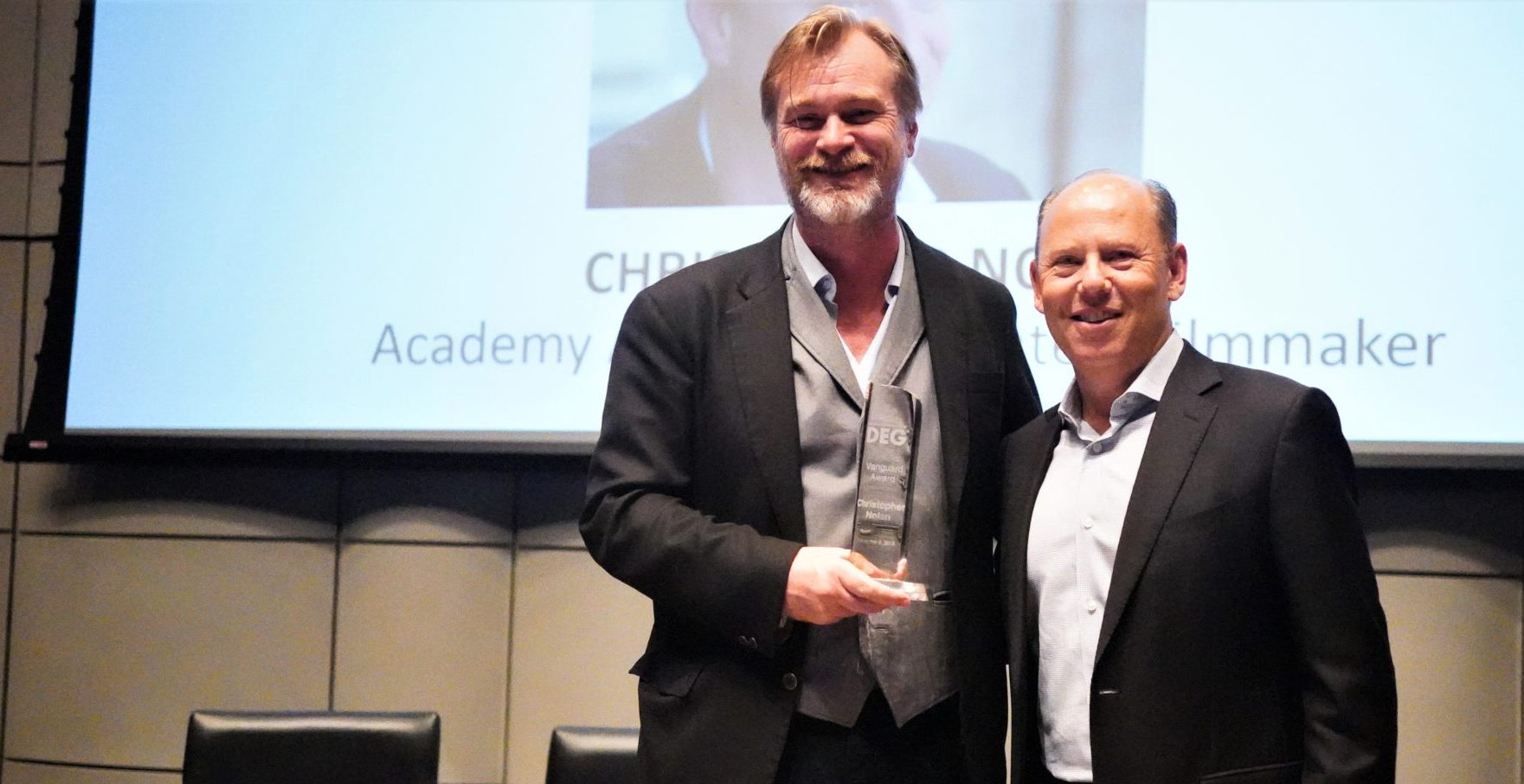 The event was produced by DEG: The Digital Entertainment Group and the UHD Alliance.

“For those of you who’ve been fortunate enough to collaborate with Chris, you know that whatever project he is involved with he doesn’t take it on unless he is fully committed — and I mean all in,” Sanders said. “The good news for all of us in this room is that Chris immediately got the potential for 4K.”

The DEG Vanguard Award is in recognition of Nolan’s place at the forefront of filmmakers using groundbreaking technology to deliver increased scale and resolution, enhanced color and immersive audio to film audiences both in cinemas and in the home theater environment.  Read more