May 18, 2020 | Rebecca Campbell, whose promotion to Disney’s Chairman of Direct-to-Consumer & International on Monday put her in charge of Disney+, Hulu, Hotstar and ESPN+, took a 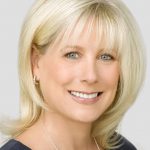 somewhat less-traveled road to the C-suite.

During the bulk of her 23 years at the company, Campbell focused on local broadcasting, running individual stations and the ABC Owned Television Stations Group, which has stations in New York, LA and six other cities.