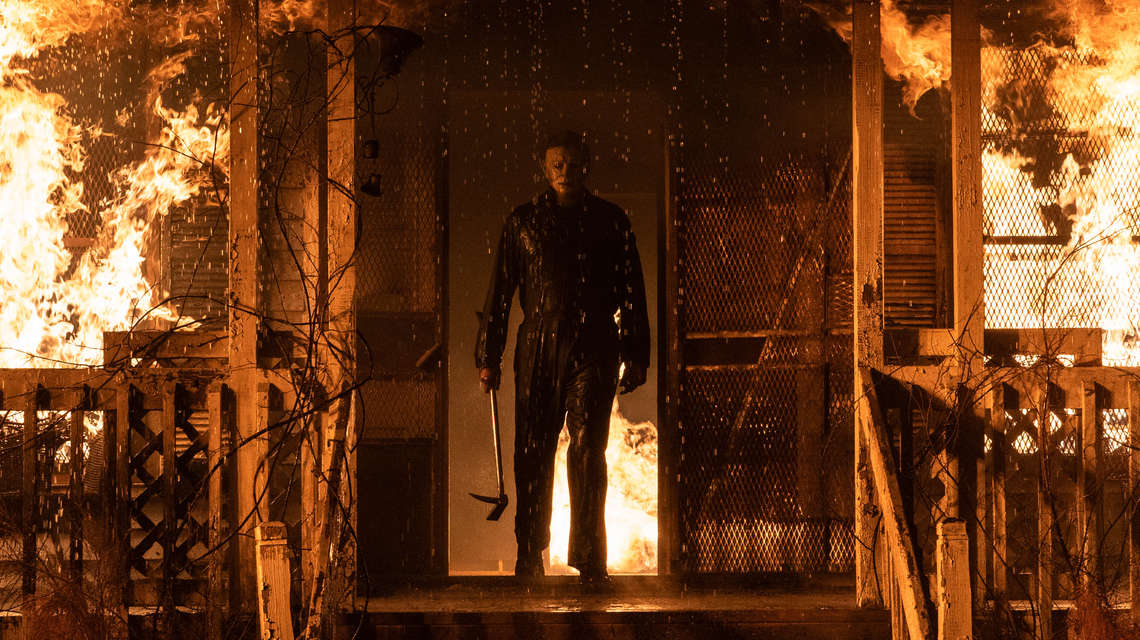 (Above) Nick Castle as Michael Myers in “Halloween Kills”.

October 18, 2021 | While there was much debate over the past few months about how day-and-date releasing has hurt the pandemic box office, Universal’s “Halloween Kills” defied the odds with its strong opening weekend.

While the film was also available at no extra charge on NBCUniversal’s fledgling streamer Peacock, the second installment in David Gordon Green and Jamie Lee Curtis’ trilogy of sequels to the 1978 classic “Halloween” earned $50 million this weekend, topping the $31.6 million debut of Legendary/Warner Bros.’ “Godzilla vs. Kong” to become the highest opening of any film released simultaneously on streaming. Blumhouse and Miramax co-produced the sequel.