It’s Looking a Lot Like a 4K UHD Christmas 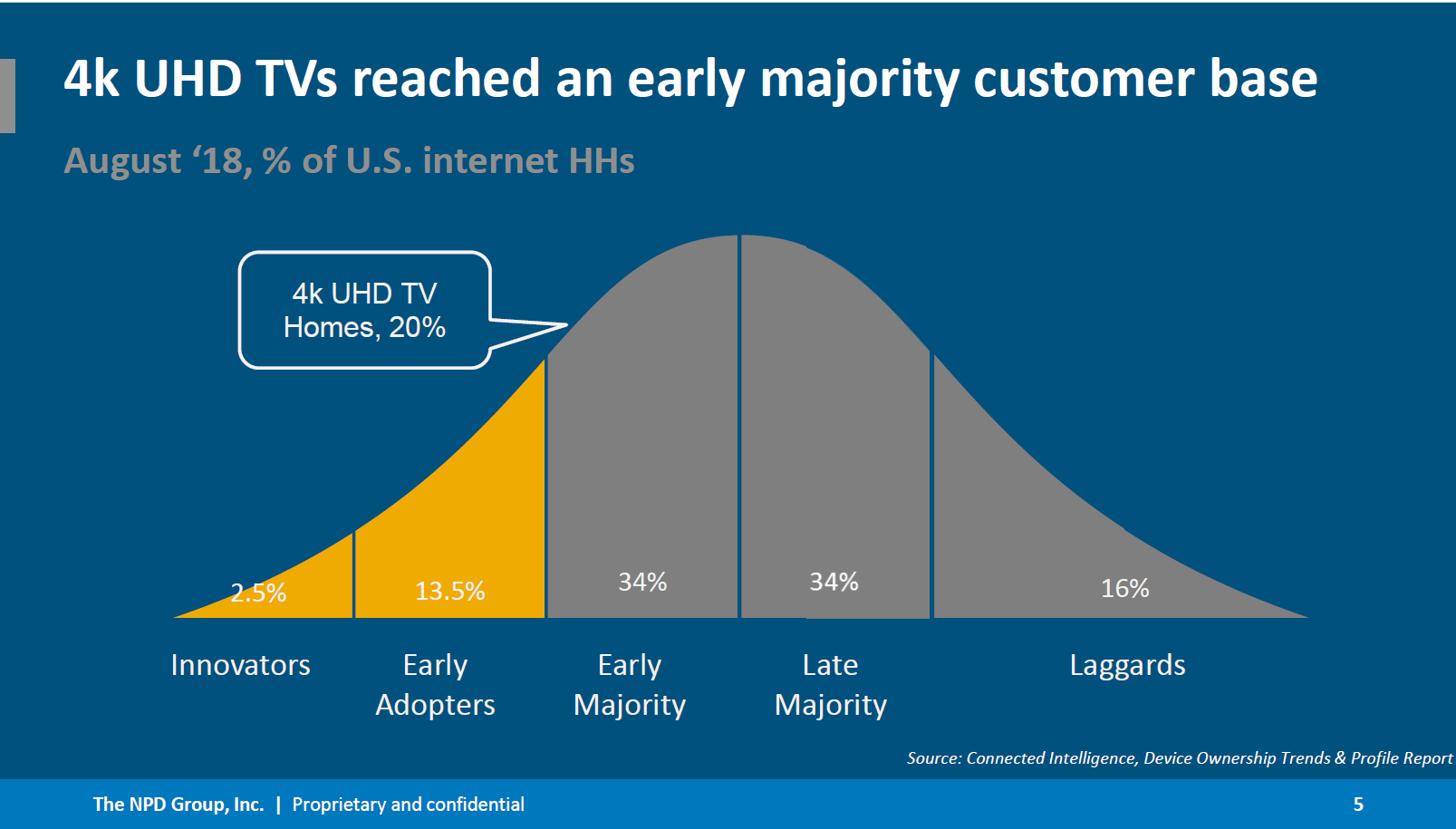 Posted at 11:56h in Blog by Marcy Magiera

Long before the Thanksgiving turkeys are hauled home, its seems Americans’ minds turn to holiday shopping. For weeks, winter holiday decorations have been popping up in malls and headlines have been written about retailers’ plans surrounding Black Friday – which stores will be open on Thanksgiving day, what will be used as “doorbusters” and just how low prices will go.

The “doorbusters” phenomenon will certainly work to increase 4K UHD TV adoption as low prices can be a prime factor in persuading shoppers to replace their aging living room sets with new technology, as discussed recently at the 4K UHD Summit, produced by DEG and the UHD Alliance. Featured prominently on the cover of Best Buy’s Black Friday circular are Smart 4K Ultra HD TVs with HDR from Toshiba, Samsung and LG, ranging in size from 43 inches to 7o inches.  Samsung and LG Electronics both kicked off Black Friday TV promotions earlier this month.  And publications ranging from Consumer Reports to Forbes to USA Today are publishing roundups of the best holiday promotions on TVs.

This season, 12 percent of holiday shoppers will be looking specifically for 4K Ultra HD TVs, according to CTA’s 25th Annual Holiday Shopping Research, and 55 percent of shoppers expect to buy entertainment content. 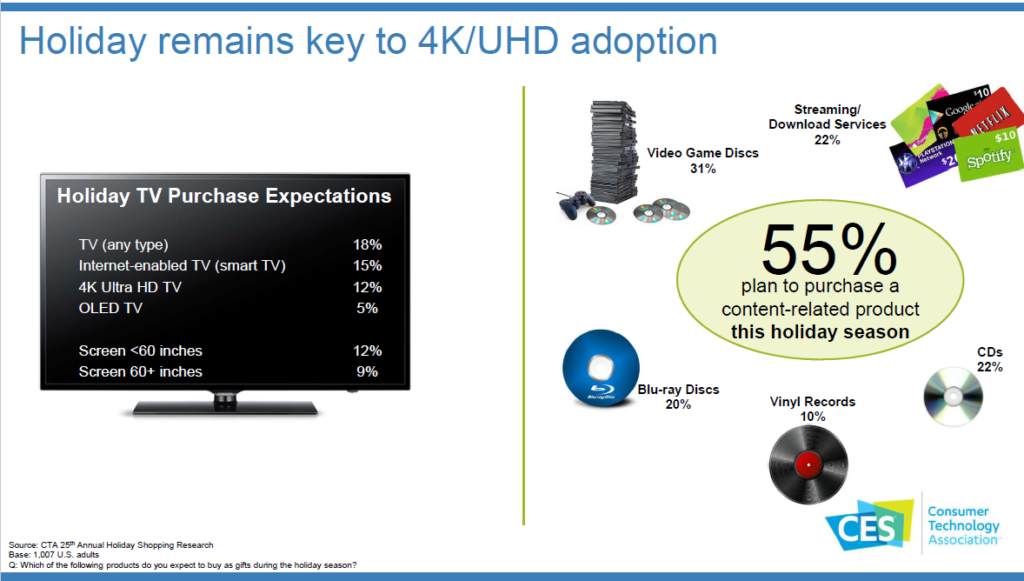 All this is happening as 4K UHD TV moves beyond early adopters and solidly into what market researchers call the “early majority” and content availability grows quickly. About 20 percent of U.S. homes now have a 4K UHD TV (see slide at top of post), and well over half of millennials are interested in using 4K Ultra HD TV, analyst John Buffone of The NPD Group said at the 4K UHD Summit.

Key to this wider adoption, of course, is expanded availability of 4K UHD content in physical and digital forms. According to DEG’s Q3 2018 Home Entertainment Report, there were 392 4K Ultra HD Blu-ray Disc titles available representing more than $162 million in consumer spend for the period, and 595 4K titles available digitally.

In his Summit presentation, NPD’s Buffone sketched a path to the mainstream for 4K streaming, based on the growth of fast, reliable broadband and mesh routers that enable 4K video streaming and quicker downloading, and the widening assort of content available to rent and purchase digitally. 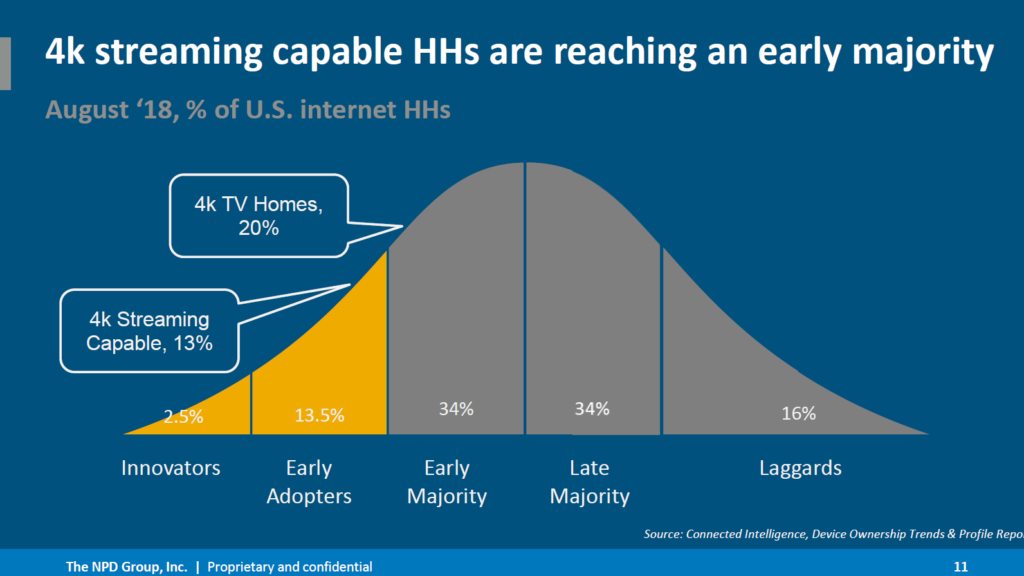 On the physical side, by the time holiday shopping is finished, 4K UHD Blu-ray Disc sales are projected to double in 2018 to more than 11 million units, up from 6 million in 2017, as consumers future proof their entertainment libraries, Universal Pictures’ Eddie Cunningham told Summit attendees, citing major research company data. 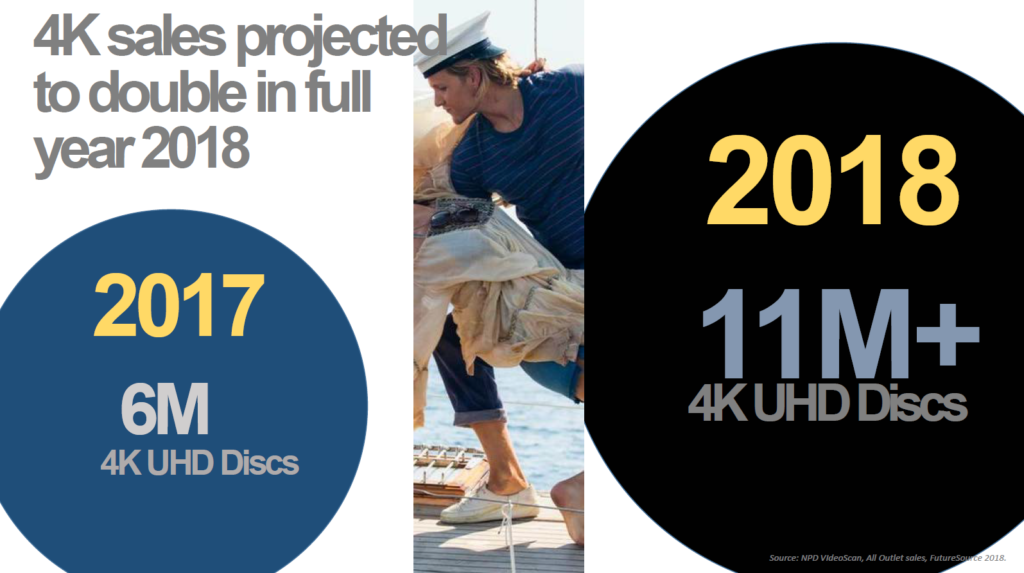 Various Summit speakers also addressed increasing content availability, including Bob Buchi of Paramount Home Media Distribution, who said the studio is expanding the number of films from its library available on 4K UHD with HDR, including all six films in the blockbuster Mission: Impossible franchise and Frank Capra’s beloved masterpiece It’s A Wonderful Life, which will be released on Digital 4K this month, making it the first classic black-and-white film to be released on the format.

That’s what we call ringing in the holidays in 4K Ultra HD.