Screen Engine: Regardless of Window, Release Dates Are the Foundation of Movie Success

06 Mar Screen Engine: Regardless of Window, Release Dates Are the Foundation of Movie Success

While debate swirls around the sequential dating of movies in release windows, I would like to focus for a moment not on the sequence of windows and the creation of new windows, but instead on the current and critical importance of release date decision making within specific windows. 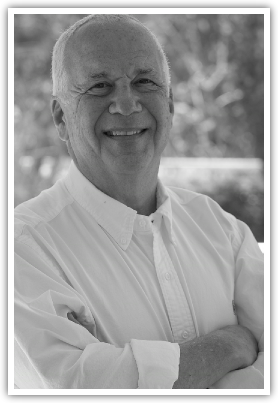 The choice of a movie’s theatrical opening date plays a singularly significant role in maximizing box-office dollars and, since theatrical is the source from which all later releases flow, revenue in downstream windows. So, the stakes are high, and I have learned over the years that if you want to be on the side of the best odds, you should be listening to one or more of the industry’s knowledgeable and experienced distribution executives. A distribution executive armed with impressive data and insights will ask questions including:

Home entertainment executives may rarely influence the decision behind a theatrical release date, but it’s to their benefit to consider these questions for releases in their windows as well. Think of it this way: What are the factors that affect retail that need to be recognized? How will other movies planned for earlier and later openings affect digital performance?

While being somewhat bound by the longstanding window of approximately 90 days between theatrical release and DVD/Blu-ray release, there is nevertheless still some room for strategic dating. Home entertainment executives may select a good date with more limited competition that falls somewhere greater or somewhere lesser than the typical 90 days. And with the increasing fragmentation of home entertainment windows, there are more dating decisions to be made. When it comes to selecting a date for Digital purchase, which tends to predate disc release by two to three weeks, home entertainment executives may consider these factors to select a date that falls somewhere within or somewhere beyond that approximate two- to three-week time frame.

In my career, I have seen bold release date decisions succeed and become part of the industry’s release date playbook. These are some of the tactics have become widely used, and can apply in theatrical and home entertainment windows:

Counterprogram. Counterprogram and release a so-called adult movie, for instance, during the summer season of big events and family movies and the competition for that adult audience is considerably less than it would be during the fall/winter “awards season.”
Risk the ‘dead’ release date. At one time, it was felt that certain release dates just offered little to no opportunity. Then a few pioneers started to play with these release dates-releasing a horror flick on Labor Day weekend, for instance-and it worked. Now, every release date is potentially competitive (though some are still more competitive than others).
Know your target audience. Having solid and detailed information about the target audience(s)for a movie and using that information to size and scale a box office pro forma critically helps decision making.
Think like an exhibitor (or a retailer). An exhibitor wants to put butts in seats and is agnostic as to which movie fills the seats, while the distributor is solely focused on its own movies. In choosing release dates, performance of comparative films theater by theater helps to put the distributor into the mindset of the exhibitor.

Important strategic and tactical decisions are faced in every window of movie distribution. Release dates are one of the most critical.