Nielsen: The State of Play in Home Entertainment 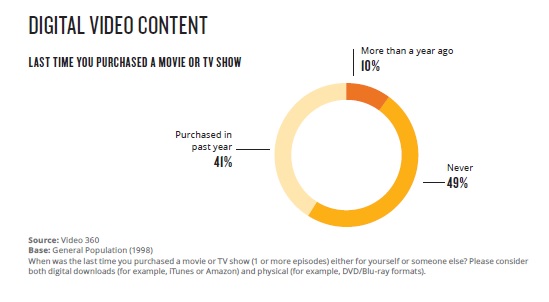 04 Sep Nielsen: The State of Play in Home Entertainment

Despite the rise in digital video consumption, however, young audiences haven’t hasn’t given up on DVD and Blu-ray, as Millennials reported buying more physical videos in the past year than they did a year ago. So what’s driving these purchases? According to the Nielsen Video 360 Report, motivations for keeping hard copies of videos include the desire to add to a video collection, bonus features and being able to watch when internet access is not available. 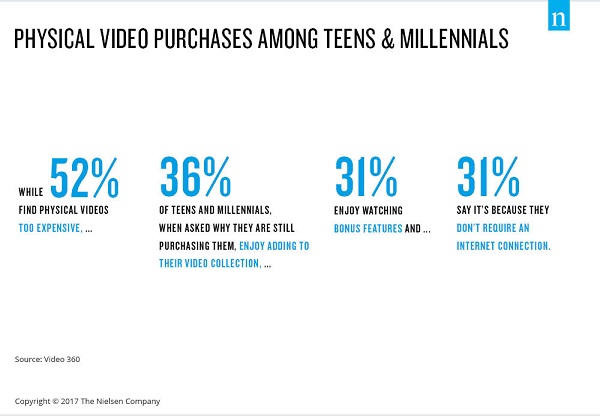 So how do consumers find out about the hottest new videos, movies and TV shows? Word of mouth is still tops for all ages. Social media is the biggest differentiator among generations, with only 29% of the general population finding out about new content from social media. Comparatively, 45% of teens and Millennials go to their favorite online social media stops to see what’s worth checking out.

Social networking is a factor driving short-form video content consumption. Of the people who have watched short-term video content in the past three months, 66% of the general population and 72% of teens and Millennials said they typically view content from social media. In our world of shrinking attention spans, nearly half of the population reports also watching more short-form content than a year ago. Short-form video clips from TV programs, news segments, user-generated content and music videos are gaining popularity among all ages, especially teens and Millennials. Why? Short-form connoisseurs say they see new, better content and friends sharing video more on social networks.