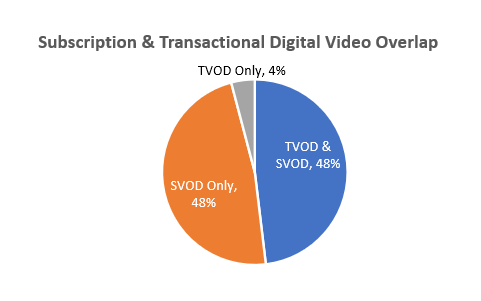 Posted at 07:36h in Blog by Marcy Magiera

July 20, 2020 | The shuttering of movie theaters concurrent with the launch of direct-to-consumer SVOD services such as HBO Max and Disney+ created an environment in which theatrical new releases including Scoob! and Hamilton were made available to stream sooner than previous release windows would have permitted. While these factors are not solely responsible for the convergence of the transactional and subscription distribution channels, it has accelerated the importance of optimizing strategies to determine how the two will coexist. To underscore the importance, nearly half (48 percent) of viewers engaged in subscription or transactional video use both, showing that each will play an important role in enabling the collective success. To that end, it becomes critically important to know what viewers value most from each experience. 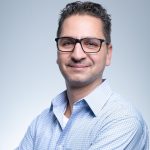 The burden falls on the industry to differentiate

The core challenge lies in the fact that viewers see each distribution channel as having similar benefits; that is, the newest and exclusive content. This places the burden on the industry to drive differentiation. Traditionally, this has been achieved through methods such as windowing releases by channel; but how effective will that continue to be in a world in which services are characterized by how many “thousands” of hours of programming they have? This provides viewers with endless alternative options. Indeed, subscription services score higher for having better content, which is likely more a perception of breadth, as transactional service providers offer the latest and greatest movies. Ultimately, where and when to release continues to be the conundrum. The business model is no longer as simple as following a traditional windowing strategy. Back in the 1990s, consumers knew when a movie would hit the Blockbuster Video New Release wall. That understanding is becoming more elusive each day.

Becoming as predictable as Blockbuster Video will require innovation

The question has become focused around how to successfully monetize both the transactional and subscription businesses. Doing so will require re-establishing a crisp consumer expectation. Indeed, there is an opportunity to integrate them. For example, a service such as HBO Max could have a Buy Now button making it a portal for new releases. Conversely, more titles like Hamilton could be used to drive subscribers. There are also new opportunities to leverage how titles are drafted. Currently, the two seasons of the original animated series Scooby-Doo, Where Are You? are available on HBO Max along with the Scoob! new release. That basic approach could be further leveraged to drive engagement and there could be instances where a brand’s properties are released into separate distribution channels, using one to drive viewership of the other.

The tides have turned from a business largely focused on enabling the profitable transactional component. In many ways, today’s focus has become facilitating company-owned SVOD services. Indeed, one critical factor is different now: the SVOD distributor is the owner of the content being served up. As such, the lion’s share of the revenue remains in-house. That changes the game to one where the content owner must find the synergy between maximizing the profitable transaction and simultaneously supporting the success of their own subscription service. It remains to be seen if these divergent distribution channels end up like Shaggy and Scooby, learning that friendship is the path to success.