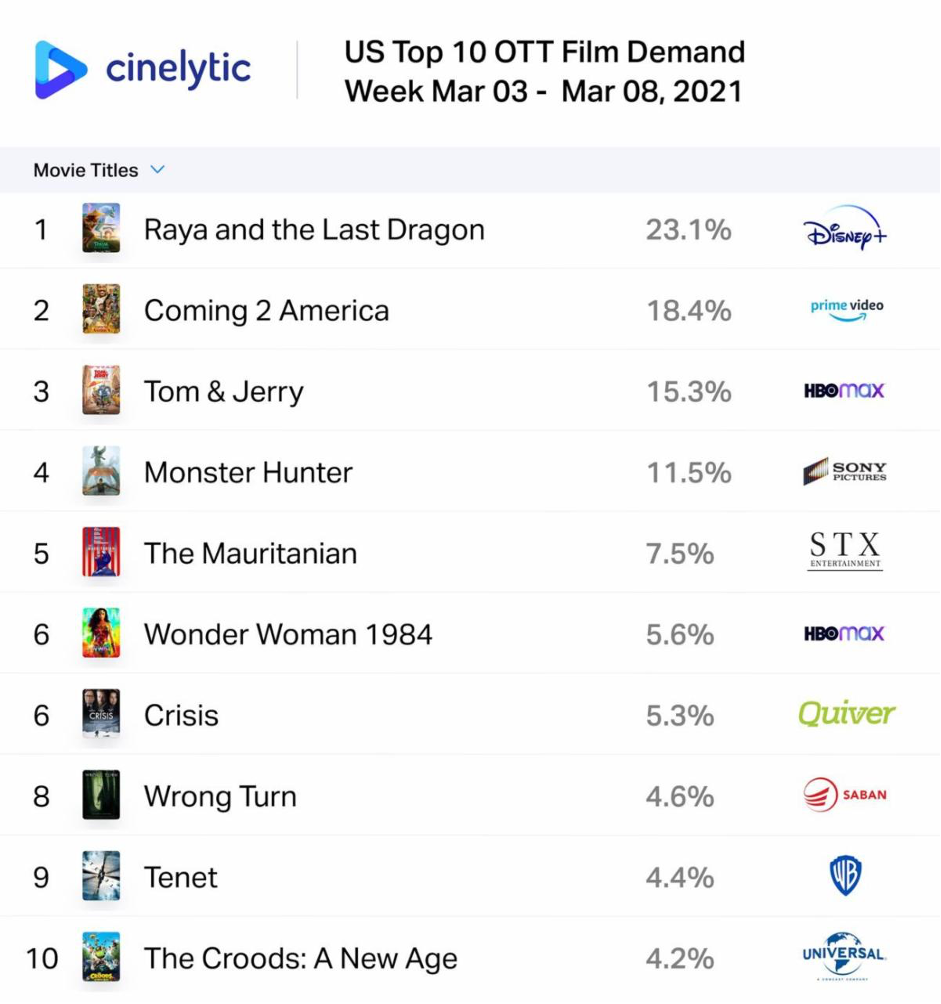 US Top 10 OTT Film Demand March 3-8
.
March 10, 2021 | With Amazon’s Coming 2 America and Disney’s Raya and the Last Dragon, two highly anticipated titles competed for audiences at the beginning of March. It was Disney’s title that came out on top with 23.1 percent Top 10 market share followed by Coming 2 America, a strong second with 18.4 percent share. The HBO Max title Tom and Jerry launched a week earlier was a respectable third.
STX’s VOD release of The Mauritanian had a strong debut on March 2, as did Crisis and Wrong Turn, which both released at the beginning of the month. Tenet continues to hold its position in the Top 10. Once again this shows audiences hunger for new content and especially so when it’s from top-tier creators! Disney+ content has experienced especially strong demand over the last months, which helps the service to close the subscriber gap with Netflix.

Reach out at contact@cinelytic.com to learn more.

These OTT insights are based on Cinelytic’s exclusive P2P-based data which monitors 100 million global content transactions daily in real-time.