Have you streamed video? Of course you have, as the majority of U.S. homes subscribe to a streaming service such as Netflix, Amazon Video or Hulu. Have you watched programming on a 4K TV? Maybe, as 15 million U.S. homes already have one. Have you streamed a 4K video on that TV? The odds are probably higher than you think. Here’s a quick overview of the landscape… bottom line is, the ability to stream 4K video content is ramping up fast.

4K UHD TV sales are accelerating rapidly and the resulting installed base tripled over the past year. In fact, a majority of consumers that purchased a 55-inch or larger TV during 2016 opted for a 4K model. But for 4K streaming content to reach viewers, they must also have enough bandwidth. Generally, consumers need a steady Internet speed of at least 25 Megabits per second (Mbps) for 4K content streaming. To observe viewer’s in-home Internet speeds a broadband speed test was embedded into our surveys. This does not track the speed consumers pay for, but how much they get throughout the day, as the average home has eight connected devices that may be eating up bandwidth. The net result showed that approximately six in ten 4K TV homes have fast enough Internet speeds to stream 4K video – totaling nine million households. The growth in 4K TV sales and fixed broadband speeds enabled this audience to grow from only 2.4 million homes one year ago… And the projections for the next few years, well, that chart looks like a hockey stick. 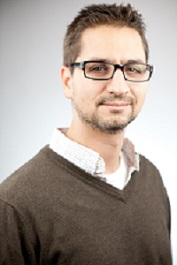