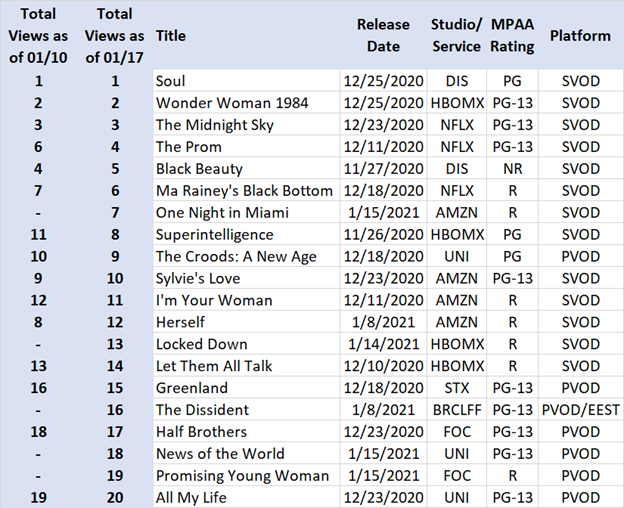 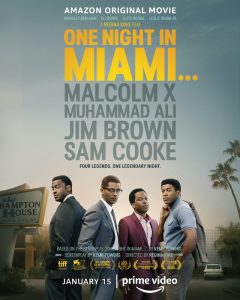 Liston to beome World Heavyweight Champion – premiered over the Martin Luther King Jr. weekend among the top ten titles watched, ranking at No. 7. Also debuting was HBO Max’s Locked Down, which entered the list at No. 13.

As for PVOD titles on the list, Briarcliff Entertainment’s documentary The Dissident came in at No. 16, followed by Universal’s News of the World and Focus Features’ Promising Young Woman, debuting at No. 18 and No. 19, respectively. Universal’s The Croods: A New Age remained as the top PVOD title on the list, staying among the top ten at No. 9.

Disney+’s Soul, HBO Max’s Wonder Woman 1984, and Netflix’s The Midnight Sky continued to hold the top three spots on the most watched list. Netflix’s The Prom climbed up among the top five at the No. 4 rank, as HBO Max’s Superintelligence landed  at No. 8. Meanwhile, Amazon’s Herself dropped four spots on its second week, ranking at No. 12.