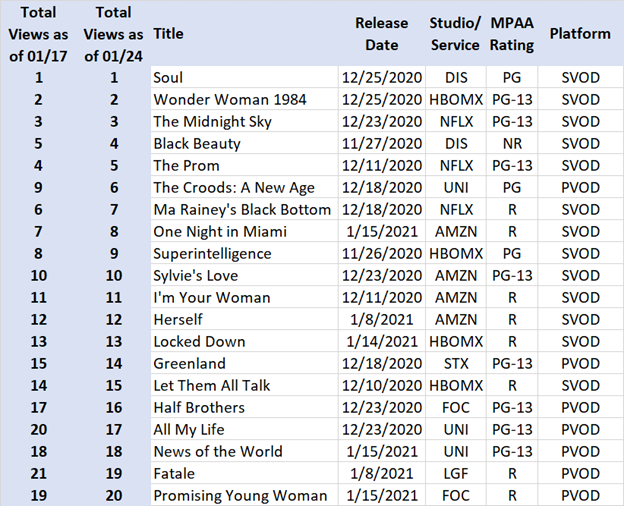 January 25, 2021 | A month after premiering on Christmas week, major titles hold fast at the top three spots on the list with Disney+’s Soul, HBO Max’s Wonder Woman 1984, and Netflix’s The 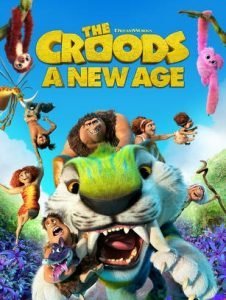 Midnight Sky as the most seen movies this week, in that order.

In addition to holding its top rank as the most seen PVOD movie, Universal’s The Croods: A New Age also manages to climb three spots on the list and claims No. 6 this week.