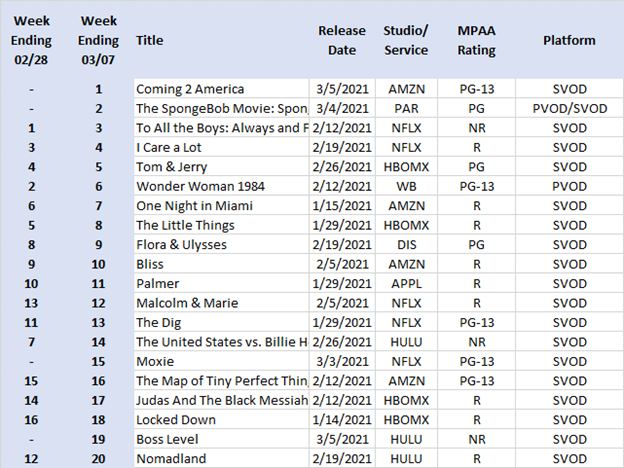 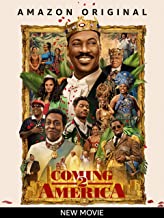 movie, Netflix’s To All the Boys: Always and Forever down to No. 3. Other new titles, Netflix’s Moxie and Hulu’s Boss Level debuted modestly at No. 15 and No. 19, respectively. Several HBO Max movies moved down this week with the most prominent falls for Wonder Woman 1984 down to No. 6, and The Little Things from No. 5 to No. 8. Hulu titles also saw drops in viewership this week including Hulu’s The United Sates vs. Billy Holiday from No. 7 to No. 14, and Hulu’s Nomadland dropped to the bottom of the list at No 20. Netflix’s Malcolm & Marie saw a small increase in viewership rising one spot to No. 12.