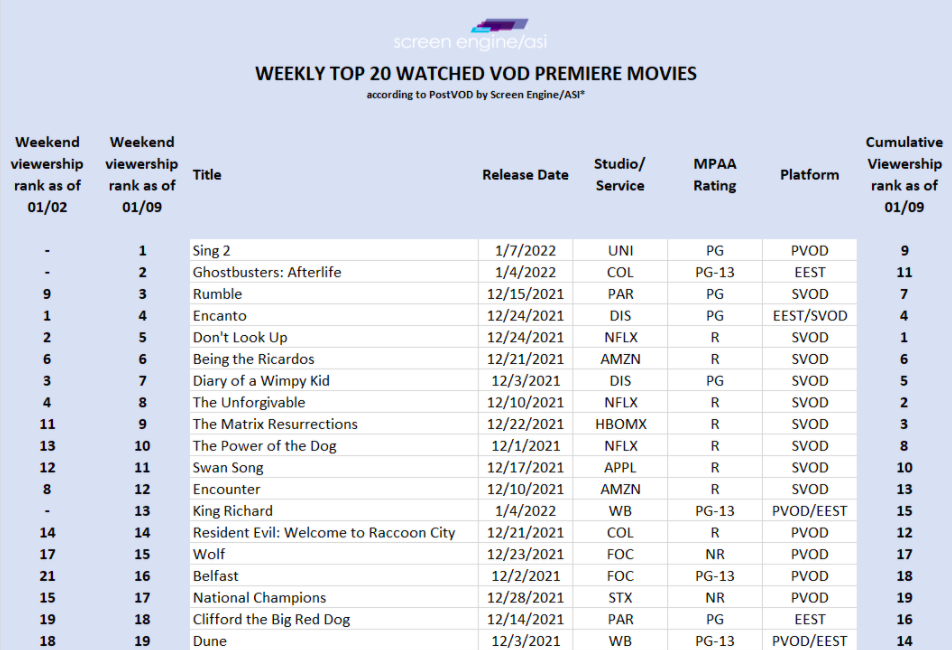 (PVOD) debuted at No. 1 with powerful momentum. Sony’s Ghostbusters: Afterlife (EEST) came in closely behind at No. 2. A bit over three weeks’ streaming, Paramount’s Rumble rebounded six places to No. 3. Meanwhile another debut title, Warner Bros.’ King Richard (PVOD/EEST), entered the list softly at No. 13. Disney’s Encanto moved down from the top spot to No. 4 yet gained more views overall as it is both streaming on Disney+ and available for Early EST. Netflix’s Don’t Look Up shifted down slightly to No. 5. Amazon’s Being the Ricardos remained at No. 6, while Encounter dropped a few spots to No. 12.

For top cumulative streaming viewership, same as last week, Netflix’s Don’t Look Up and The Unforgivable held the No. 1 and No. 2 spots, respectively, and HBO Max’s The Matrix Resurrections sat at No. 3.