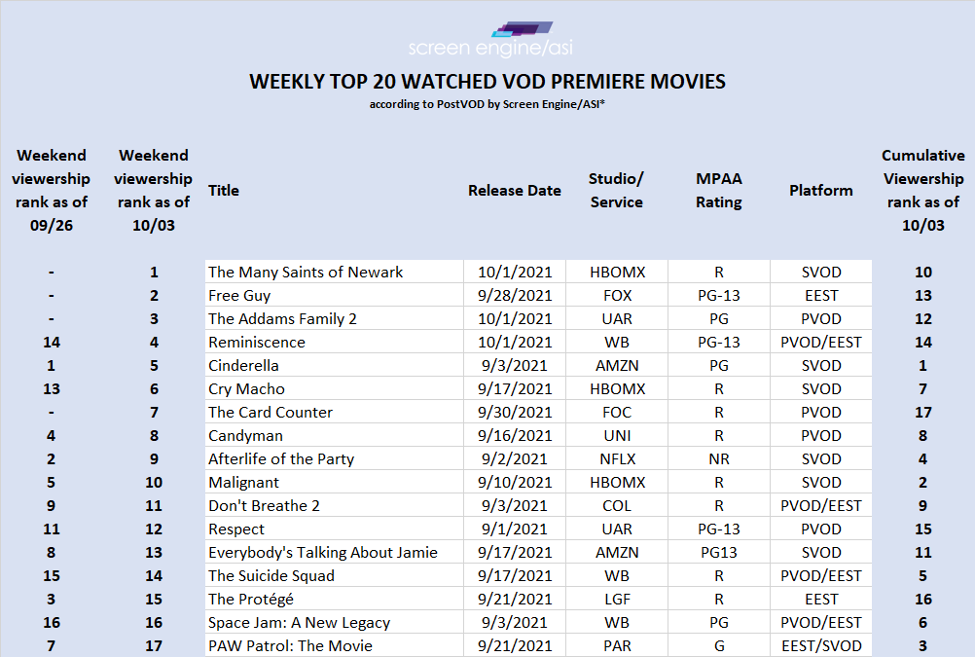 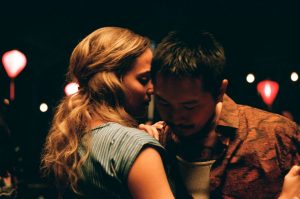 at No. 6. Netflix’s Afterlife of the Party, previously at No. 9, went up to No. 1 after more than a month’s release. Amazon’s musicals re-claimed home viewers’ attention this week: Cinderella moved up near the top again at No. 2, and Everybody’s Talking About Jamie jumped to No. 3. United Artists Releasing’s The Addams Family 2 (PVOD) stood at No. 4, and 20th Century Studios’ Free Guy (EEST) shifted down slightly to No. 5, both on their second week. Meanwhile, the rest of second week titles fell behind on the list. Previously the most streamed movie, HBO Max’s The Many Saints of Newark, dropped ten places to No. 11; Focus Features’ The Card Counter (PVOD) dropped to No. 13; and Warner Bros.’ Reminiscence (PVOD/EEST) sat lower at No. 17.

For top cumulative streaming viewership, Amazon’s Cinderella and HBO Max’s Malignant still held the No. 1 and No. 2 spots, respectively. Warner Bros.’ The Suicide Squad (PVOD/EEST) rounded out at No. 3.