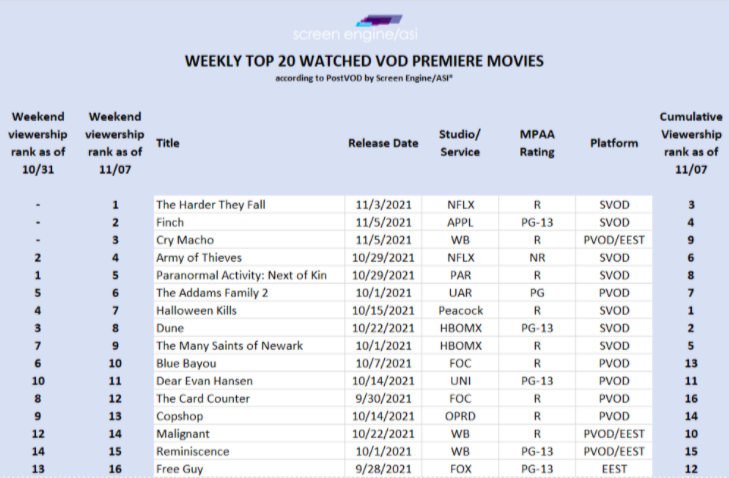 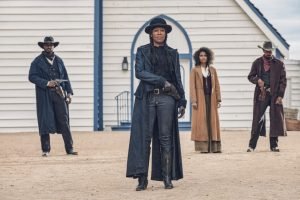 Harder They Fall, a Western films with all-Black cast, premiered at No. 1 with strong performance. Finch (sci-fi starring Tom Hanks) on Apple TV+ debuted at No. 2. Warner Bros.’ Cry Macho rounded out at No. 3 with its debut for the PVOD/EEST release. With new releases entering the list, second week titles Netflix’s Army of Thieves moved down to No. 4, and Paramount’s Paranormal Activity: Next of Kin dropped to No. 5. Without any upward movement this week, HBO Max’s Dune witnessed the biggest shift, down from No. 3 to No. 8.

For top cumulative streaming viewership, Universal’s Halloween Kills on Peacock remained to be No. 1 and HBO Max’s Dune held the No. 2 spot, both with solid viewership ahead of comps. Netflix’s premiere title The Harder They Fall rounded out to be No. 3 with strong momentum.