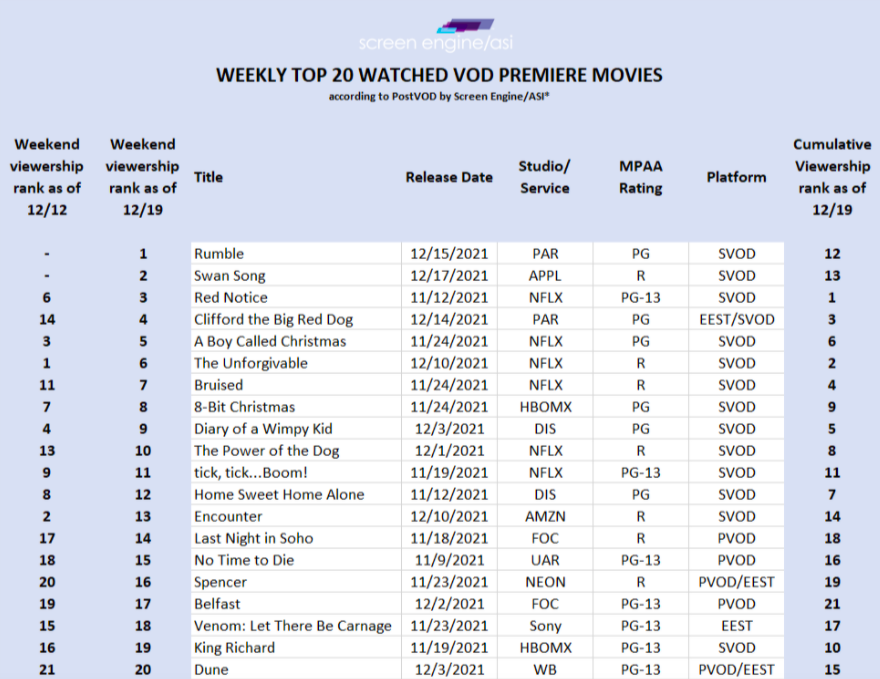 animation Rumble debuted at No. 1, followed closely by Apple’s premiere title Swan Song at No. 2. Over a month into streaming, Netflix’s Red Notice again gained more views, moving up to No. 3. While streaming on Paramount+, Clifford the Big Red Dog also premiered for EEST window and gained more views, climbing ten places to No. 4. Netflix’s A Boy Called Christmas shifted down slightly to No. 5. On their second week, Netflix’s The Unforgivable dropped a few spots from the top to No. 6, while Amazon’s Encounter fell lower from No. 2 to No. 13. Netflix’s Bruised moved up four places to No. 7.

For top cumulative streaming viewership, Red Notice stood at No. 1 with advantageous viewership, while more recent titles The Unforgivable and Clifford the Big Red Dog (with EEST premiere) rounded out at No. 2 and No. 3, respectively.