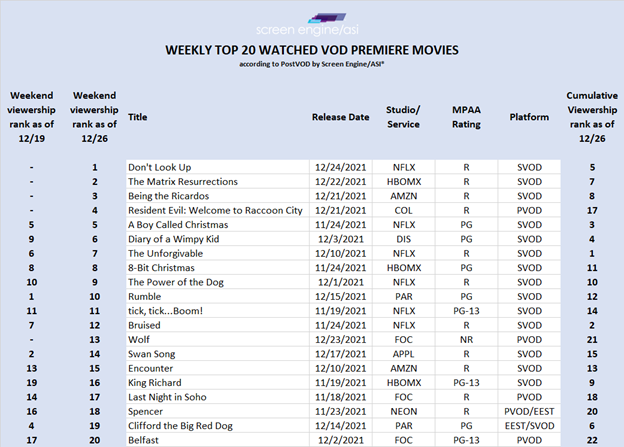 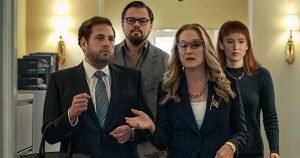 latest Matrix film—Warner Bros.’ The Matrix Resurrections (No. 2) streaming on HBO Max. Amazon original movie Being the Ricardos followed closely, debuting at No. 3. Sony’s Resident Evil: Welcome to Raccoon City (PVOD) premiered at No. 4. The fifth debut title this week, Focus Features’ Wolf (PVOD), landed t at No. 13 with a soft performance. In their second weeks, with new competition, Paramount’s Rumble dropped from the top to No. 10; Apple’s Swan Song fell from No. 2 to No. 14; and Clifford the Big Red Dog (EEST) sat near the bottom at No. 19. The remainder on the Top 20 list stayed at roughly similar places compared to the previous week.

For top cumulative streaming viewership, Netflix titles held the top spots: The Unforgivable took over the No. 1 spot on its third week, Bruised became No. 2, and A Boy Called Christmas made it to No. 3.