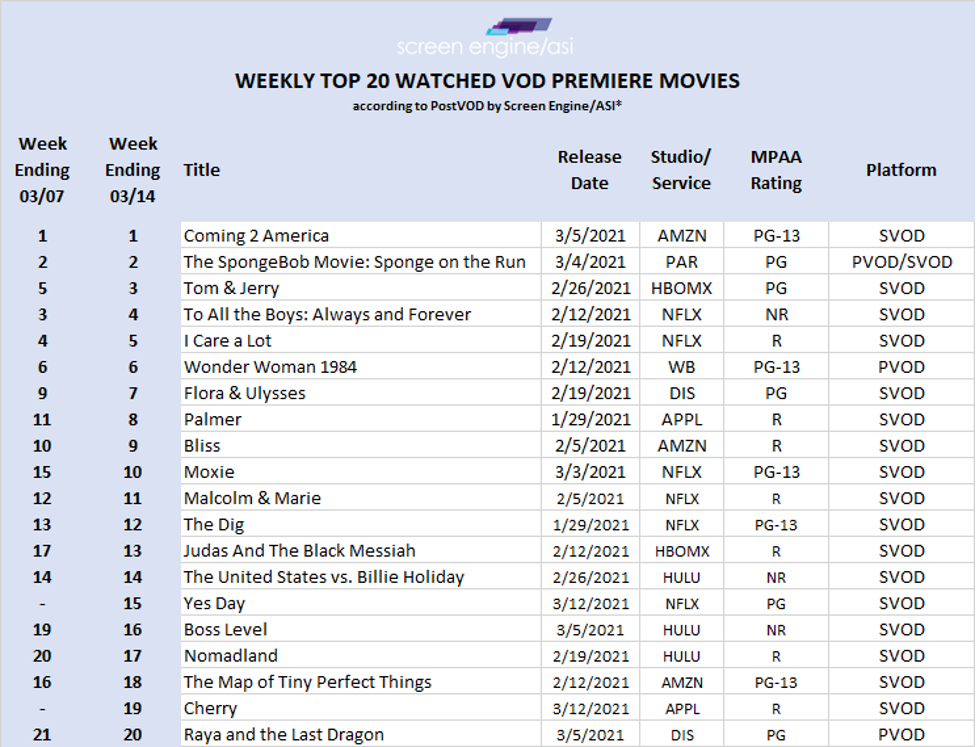 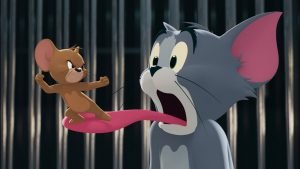 March 15, 2021 | Amazon’s Coming 2 America claimed No. 1 for the second week in a row on SEA’s top 20 list, with Paramount’s The SpongeBob Movie: Sponge on the Run at No. 2. HBO Max’s Tom & Jerry No. 3 rounds out the top three with a shift up from the fifth spot. Other new titles, Netflix’s Yes Day and Apple’s Cherry debuted at No. 15 and No. 19, respectively. Several movies rose in the rankings including: Apple’s Palmer to No. 8, Netflix’s Moxie to No. 10, HBO Max’s Judas and the Black Messiah to No. 13, and Hulu’s Boss Level to No. 16. Netflix’s To All the Boys: Always and Forever, No. 4, and Amazon’s The Map of Tiny Perfect Things No. 18, had drops in viewership this week. Disney’s Raya and the Last Dragon on PVOD snuck in to round out the top 20, moving up one spot to No. 20.

The Diving Bell and the Butterfly (BD; Paramount)