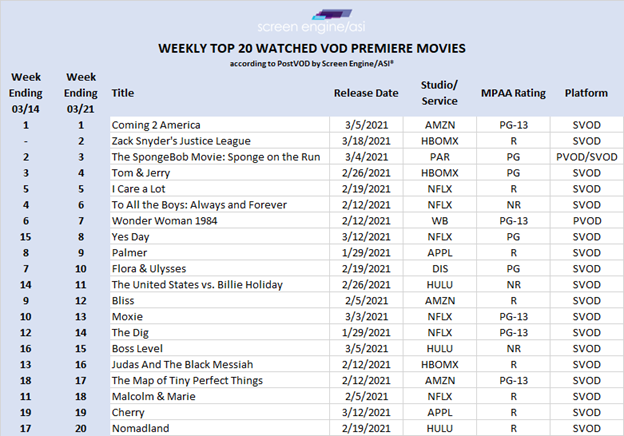 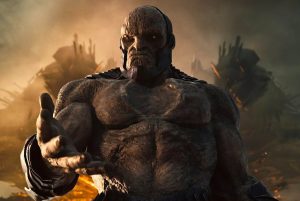 March 22, 2021 | Amazon’s Coming 2 America claimed No. 1 for the third week in a row on the SEA Top 20 VOD Premiere Movies (video on demand) list, with HBO Max’s Zack Snyder’s Justice League premiering at the No. 2 spot pushing several titles down. Netflix’s Yes Day (No. 8) and Hulu’s The United States vs. Billy Holiday (No. 11) rose significantly in the rankings. Several movies moved down the list including Disney’s Flora and Ulysses to No. 10, Amazon’s Bliss to No. 12, Netflix’s Moxie to No. 13, and HBO Max’s Judas and the Black Messiah to No. 16. Netflix’s Malcolm & Marie, saw the largest drop in viewership moving from the eleventh spot down to No. 18.