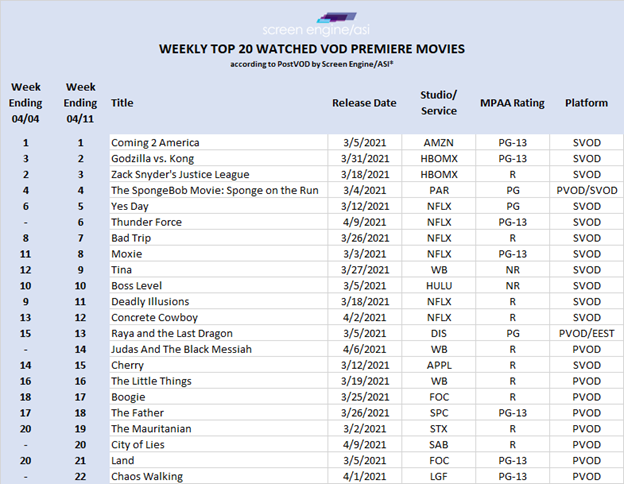 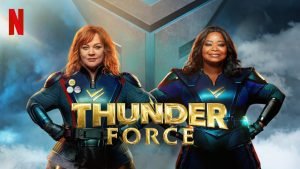 April 12, 2021 | Amazon’s Coming 2 America claimed No. 1 for the sixth week in a row on the SEA Top 20 VOD Premiere Movies (video on demand) list, with HBO Max’s Godzilla vs. Kong at No. 2 and HBO Max’s Zack Snyder’s Justice League at No. 3 to round out the top three. Premieres this week include Netflix’s Thunder Force in the No. 6 spot, along with HBO Max’s Judas and the Black Messiah on PVOD starting at the No. 14 spot, and Saban Film’s City of Lies on PVOD at No. 20. Netflix’s Moxie (No. 8) and HBO Max’s Tina (No.9) both moved up three spots, and Disney’s Raya and the Last Dragon on PVOD & EEST rose two spots to No. 13. Netflix’s Deadly Illusions moved down two spots to No. 11.