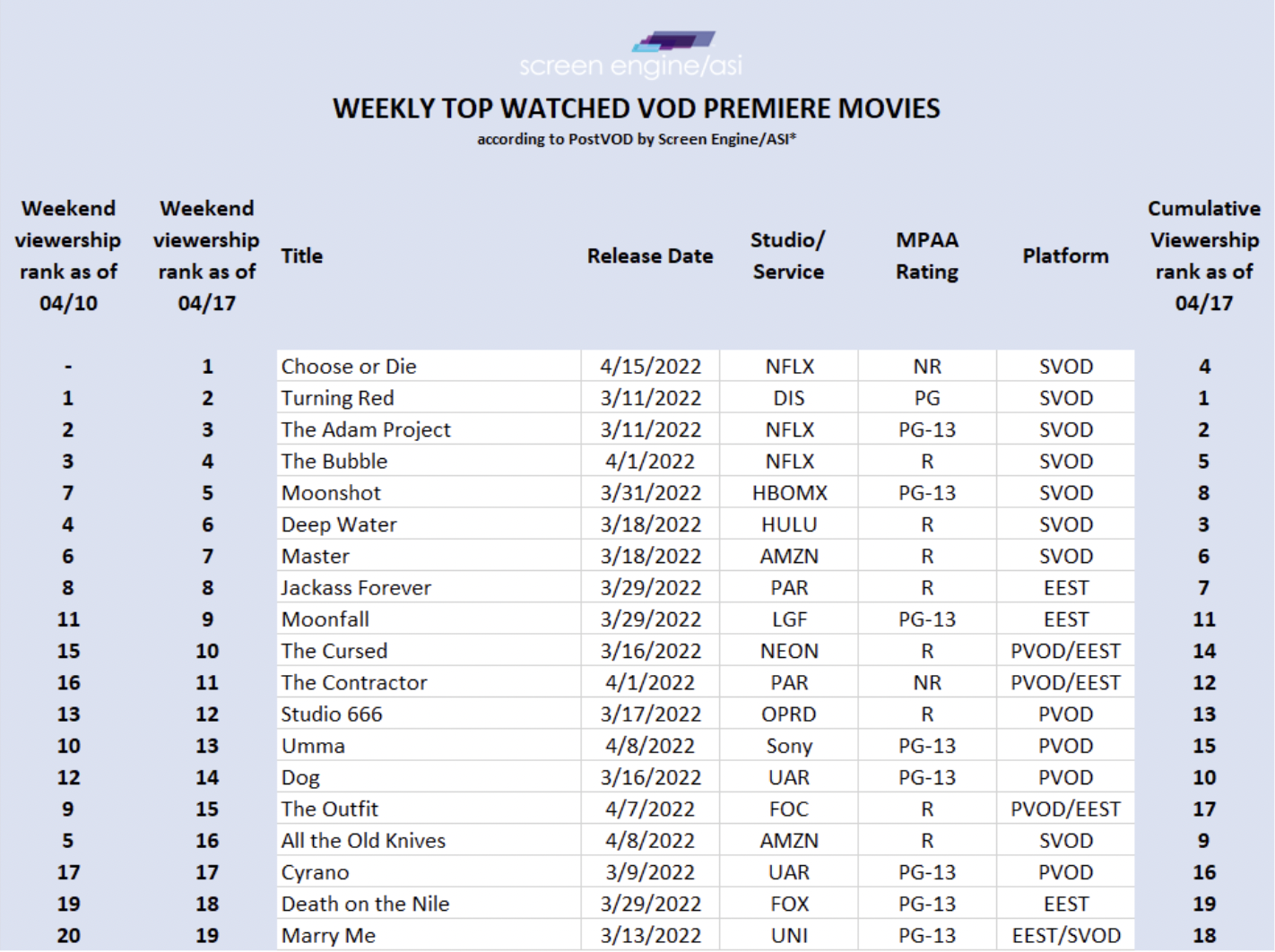 premiered at No. 1. Over a month post release, Disney’s Turning Red maintains overall competitive viewership, sitting at No. 2. Netflix’s The Adam Project is the runner-up at No. 3, followed closely by The Bubble at No. 4. Paramount’s Jackass Forever (EEST) ranks highest among PVOD/EEST titles for the third consecutive week, standing at No. 8. Lionsgate’s Moonfall (EEST) follows at No. 9. Moving to the second week, Sony’s Umma (PVOD) shifted down three places to No. 13, Focus Features’ The Outfit (PVOD/EEST) moved down six places to No. 15, and Amazon’s All the Old Knives dropped 11 places to No. 16.

For top cumulative streaming viewership, same as last week, the top three titles are Turning Red (No. 1), The Adam Project (No. 2), and Hulu’s Deep Water (No. 3).