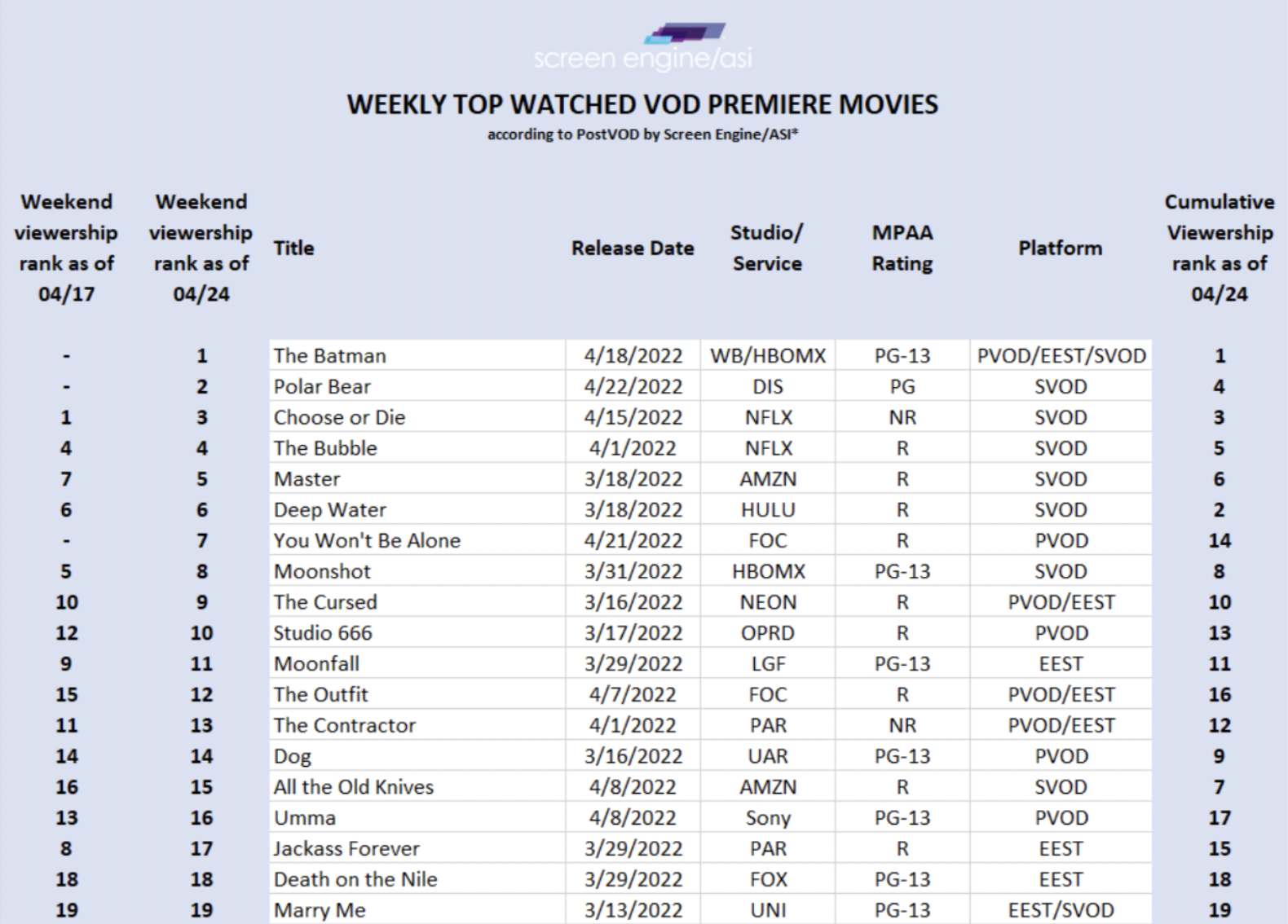 Warner Bros.’ The Batman premiered at No. 1 with its PVOD/EEST release as well as same day streaming on HBO Max, topping the list with competitive viewership. Released on Earth Day, Disney’s documentary Polar Bear debuted at No. 2. On the second week, Netflix’s Choose or Die stood at No. 3. Focus Features’ new debut You Won’t Be Alone (PVOD) entered the list at No. 7. A month in, Paramount’s Jackass Forever (EEST) dropped to the lower half for the first time, down nine places to No. 17.

For top cumulative streaming viewership, The Batman takes over the top spot (No. 1) on its first week, Hulu’s Deep Water comes to No. 2 after over a month on the list and Choose or Die rounds out at No. 3.