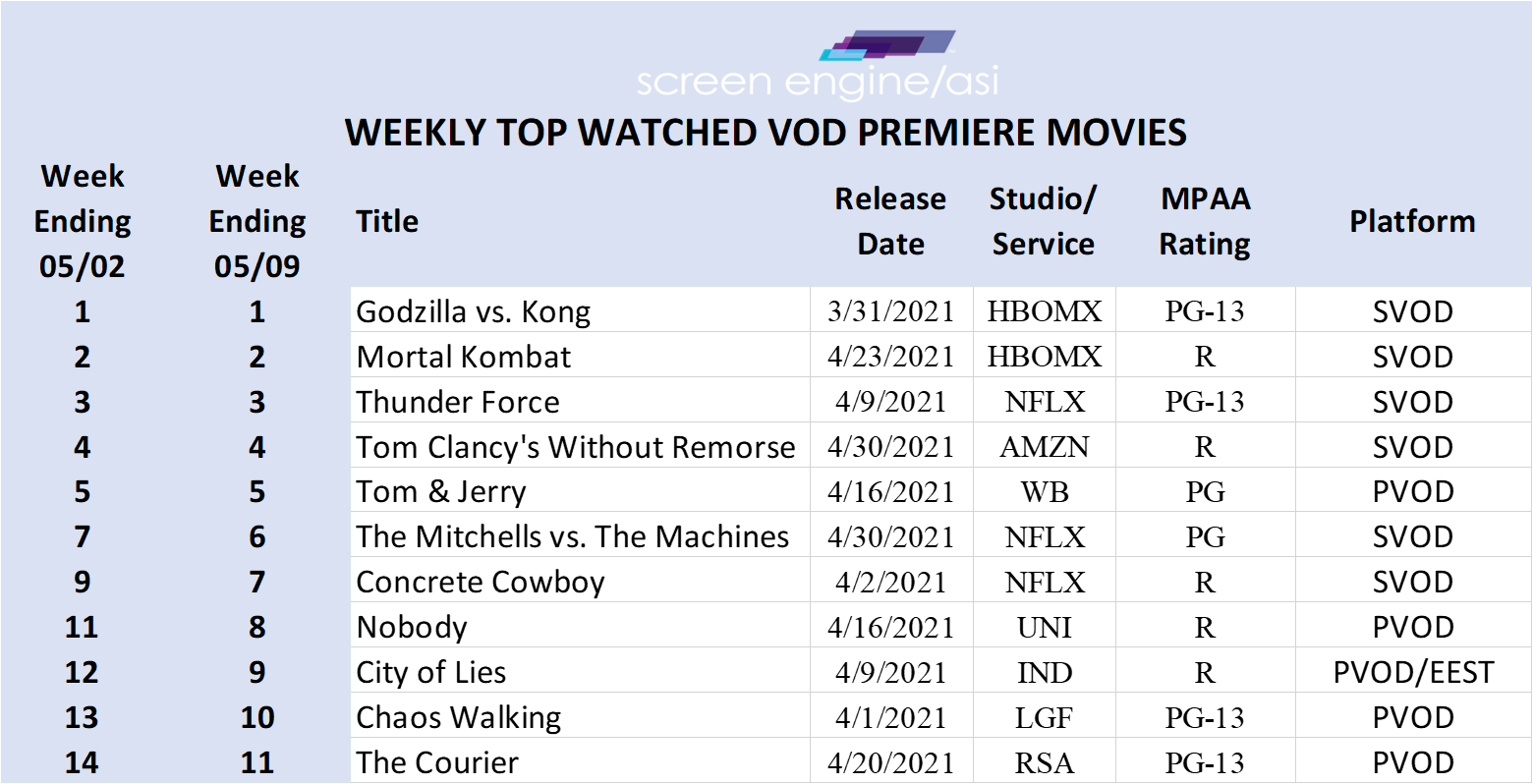 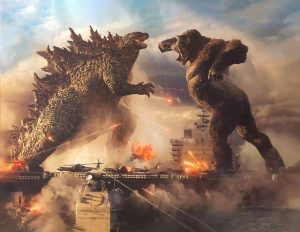 May 10, 2021 | With no new SVOD or PVOD/EEST movie premieres, the top five titles remain the same. HBO Max’s Godzilla vs. Kong and Mortal Kombat are unchanged, as the No. 1 and No. 2 cumulatively streamed movies on the SEA Top VOD Premiere Movies (video on demand) list, followed by Netflix’s Thunder Force (No. 3), Amazon’s Tom Clancy’s Without Remorse (No. 4) and Warner’s Tom & Jerry on PVOD (No. 5) in cumulative views. Netflix’s animated family movie The Mitchells vs. The Machines (No. 6), Netflix’s Concrete Cowboy (No. 7), and the four other movies still on the list, all moved up as well, as a few older movies left Screen Engine/ASI’s viewership tracking list.