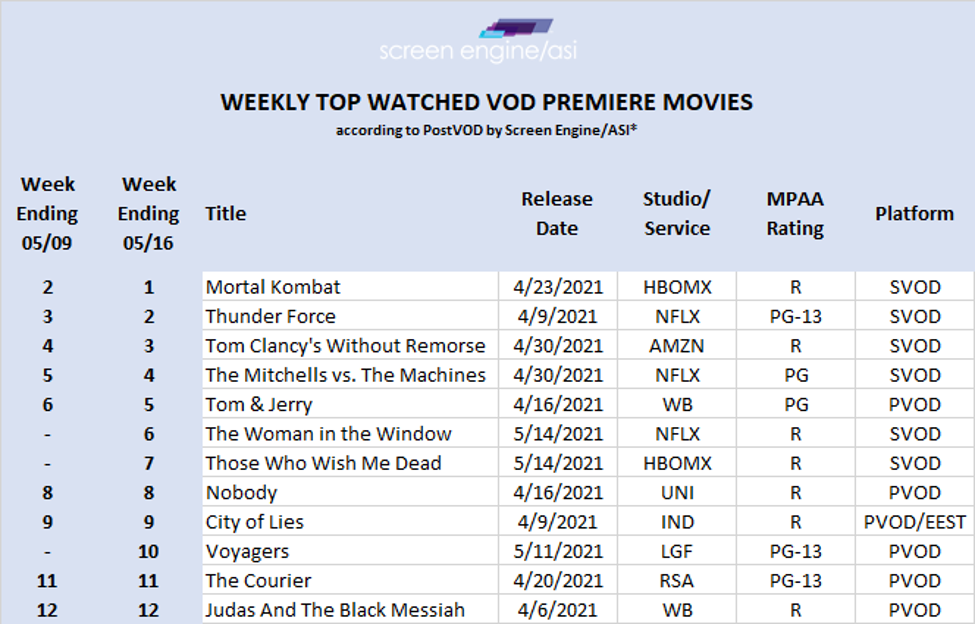 May 17, 2021 | This week SEA Top VOD Premiere Movies (video on demand) list saw an upward shift for multiple titles as a title released earlier this year left the top spot. All the top five titles moved up one spot, with HBO Max’s Mortal Kombat (No. 1), Netflix’s Thunder Force (No. 2), and Amazon’s Tom Clancy’s Without Remorse (No. 3) rounding out the top three cumulatively streamed movies. The newest SVOD movies, Netflix’s The Woman in the Window (No. 6) and HBO Max’s Those Who Wish Me Dead (No. 7) opened at the middle of the top watched list, while Lionsgate Films’ Voyagers premiered on PVOD at No. 10, holding only a few other PVOD titles in their lower spots.