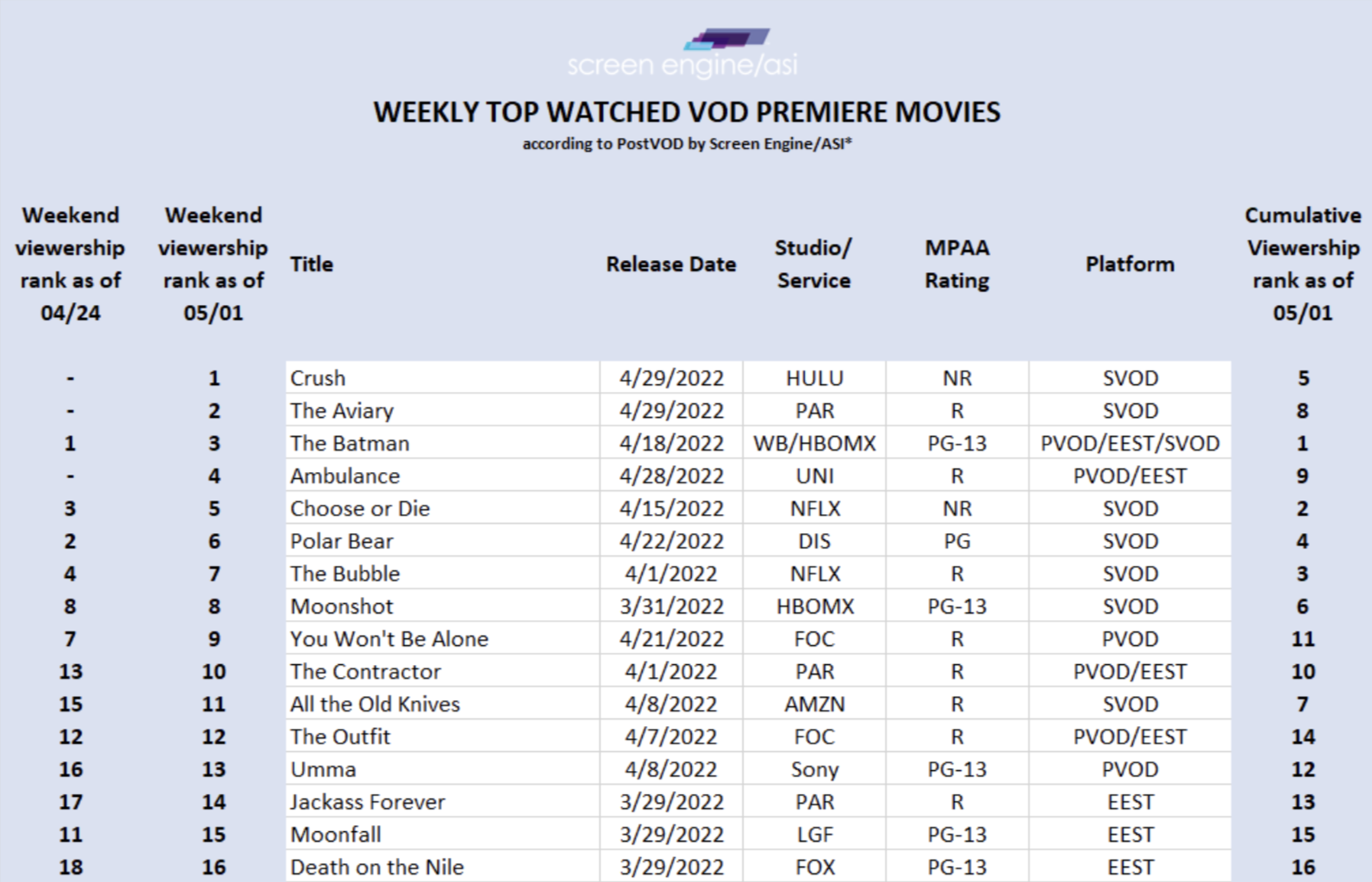 of-age film Crush premieres at No. 1. The Aviary follows at No. 2 with a debut on Paramount+. Warner Bros.’ The Batman (available for PVOD, EEST, and streaming on HBO Max) moves down to No. 3 on the second week. The last debut of this week, Universal’s Ambulance (PVOD/EEST) premieres at No. 4. With new titles coming in, a few highest ranked titles from last week drop accordingly. Netflix’s Choose or Die moves down to No. 5, Disney’s Polar Bear down to No. 6, and Netflix’s The Bubble now sits at No. 7.

For top cumulative streaming viewership, The Batman holds strong at the top spot (No. 1) with competitive viewership, followed by Netflix’s Choose or Die (No. 2) and The Bubble (No. 3).