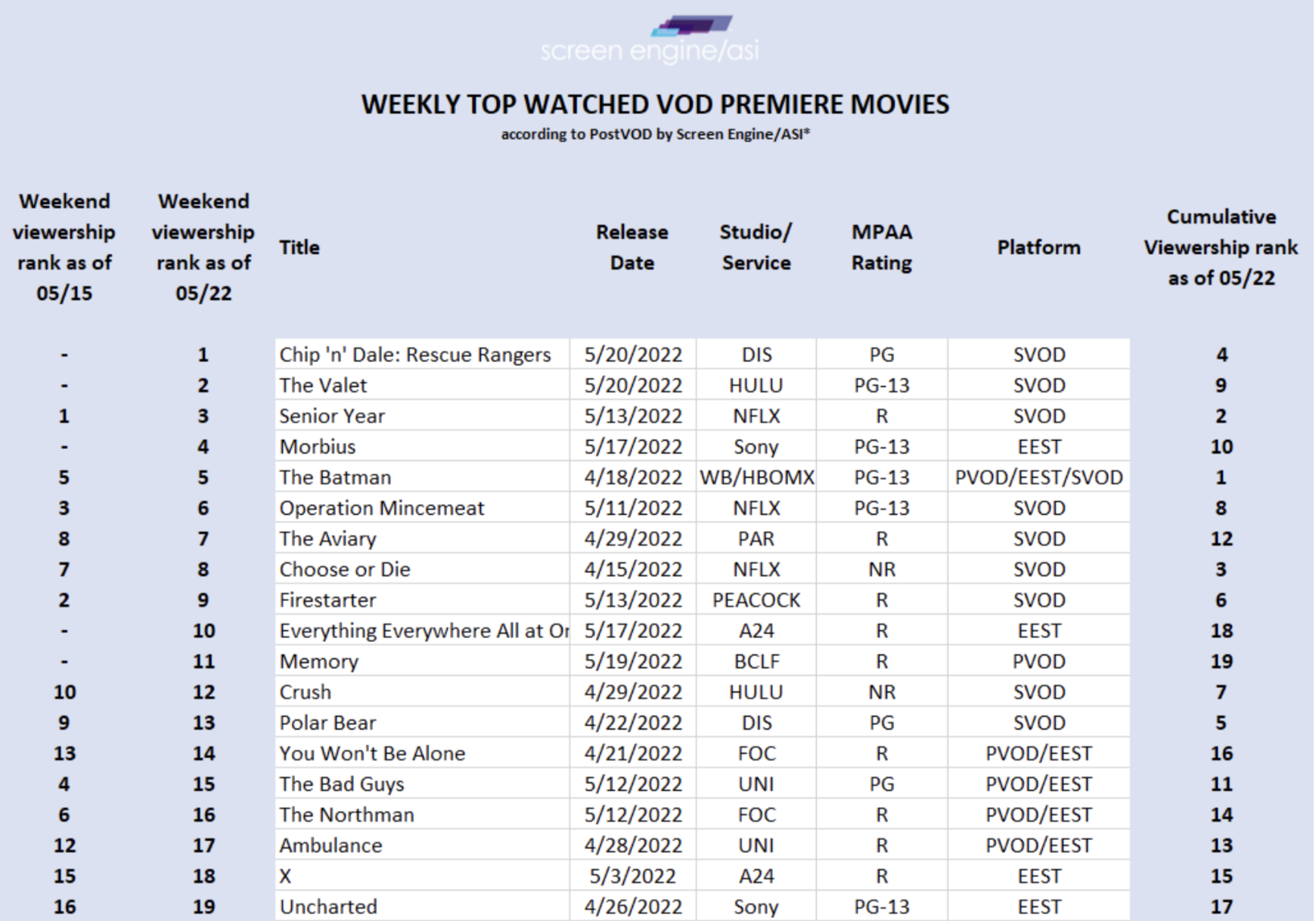 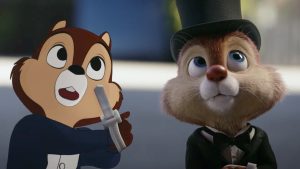 titles debuted, Disney +’s live-action/animated action-adventure comedy film Chip ‘n’ Dale: Rescue Rangers (SVOD) took the No. 1 spot, ahead of Hulu’s romantic comedy The Valet (SVOD) (No. 2), and Netflix’s Senior Year (SVOD) dropped two spots to No. 3 in its second week. Sony Pictures’ superhero title based on the Marvel Comics character Morbius (EEST) debuted at No. 4 and Warner Bros.’ The Batman (PVOD/EEST/SVOD) remained steady at No. 5.

For cumulative streaming views this past week, Warner Bros.’ (HBO Max’s) The Batman continued to hold the No. 1 spot, followed by two Netflix titles, Senior Year (No. 2) and Choose or Die which dropped one spot to No. 3.