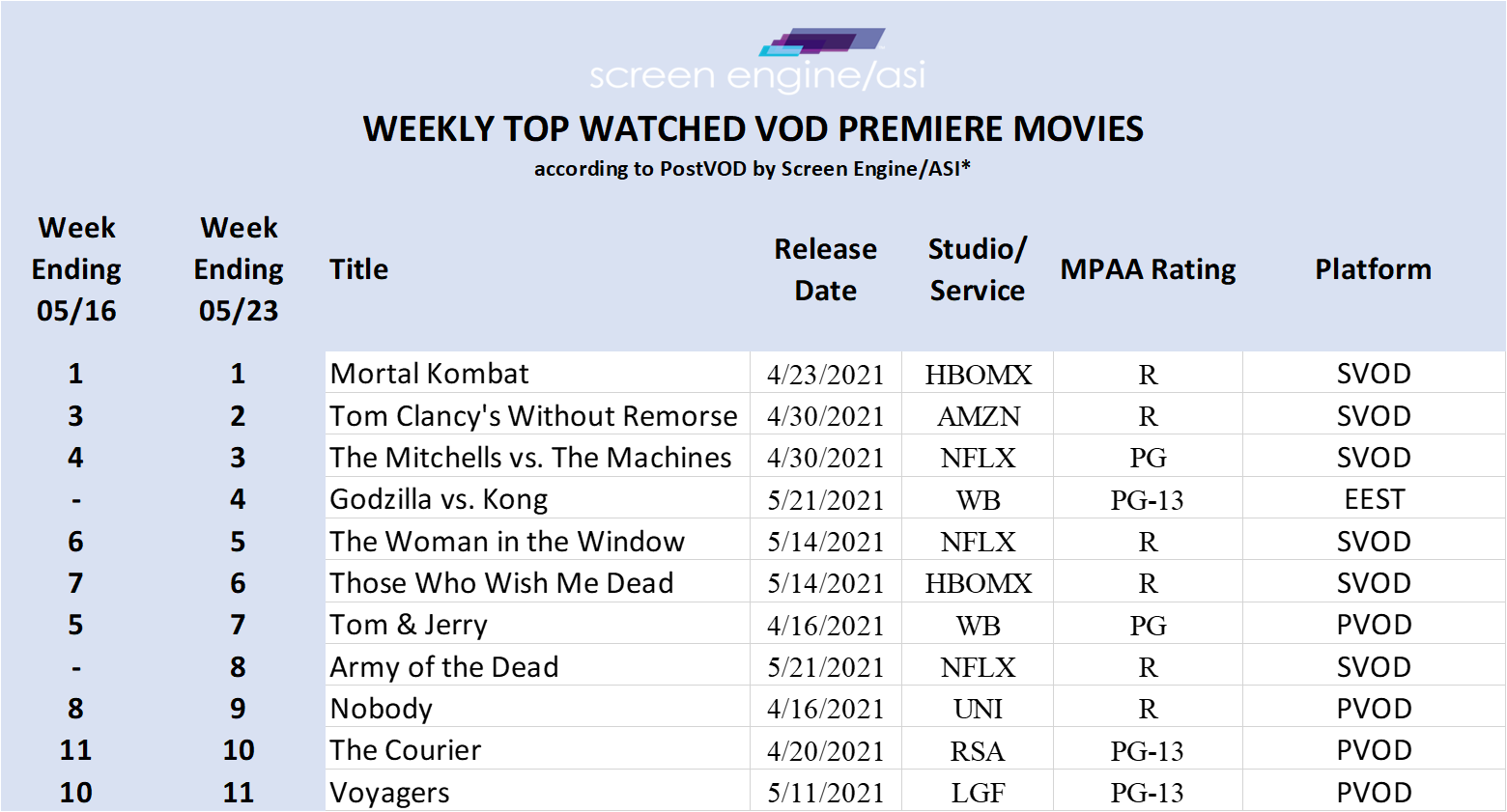 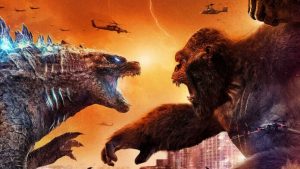 of recent releases. HBO Max’s Mortal Kombat (No. 1) remained at the top, with Amazon’s Tom Clancy’s Without Remorse (No. 2) and Netflix’s The Mitchells vs. The Machines (No. 3) rounding out the top three cumulatively streamed movies. The biggest new release was the EEST premiere of Warner Bros’ Godzilla vs. Kong (No. 4) to own for $29.99.  SVOD movies Netflix’s The Woman in the Window (No. 5) and HBO Max’s Those Who Wish Me Dead (No. 6) each moved up one spot in the top watched list, while HBO Max’s Tom & Jerry on PVOD (No. 7) dropped two spots. Netflix’s Army of the Dead premiered on SVOD at No. 8 in cumulative streaming views.