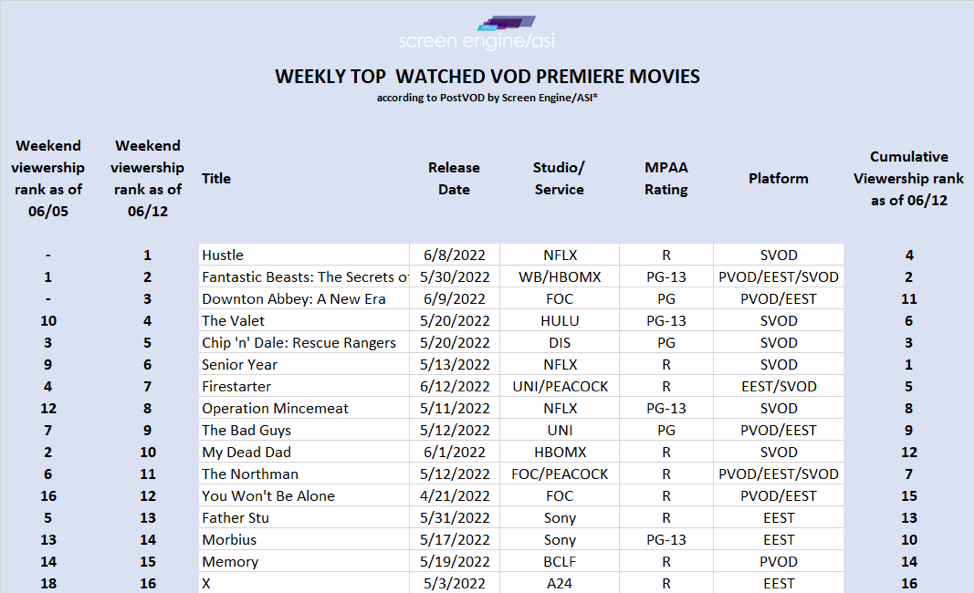 June 13, 2022 | This past weekend on the SEA Top VOD Premiere Movies (video on demand) list, Netflix’s sports drama Hustle (SVOD) debuted at No. 1 ahead of Warner Bros.’ (HBO Max) Fantastic 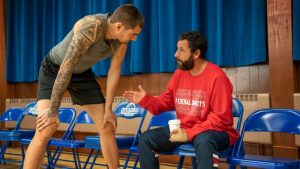 Beasts: The Secrets of Dumbledore (PVOD/EEST/SVOD), which dropped to No. 2 in its third week. Focus Features’ historical drama Downton Abbey: A New Era (PVOD/EEST) debuted at No. 3. Hulu’s romantic comedy The Valet (SVOD) recovered viewership in its fourth week and jumped to No. 4, followed by Disney+’s Chip ‘n’ Dale: Rescue Rangers (SVOD) (No.5).

For cumulative streaming views this past week, Netflix’s comedy Senior Year (SVOD) held the No. 1 spot, followed by Fantastic Beasts: The Secrets of Dumbledore (PVOD/EEST/SVOD) (No. 2), then Disney+’s Chip ‘n’ Dale: Rescue Rangers (SVOD) at No. 3.