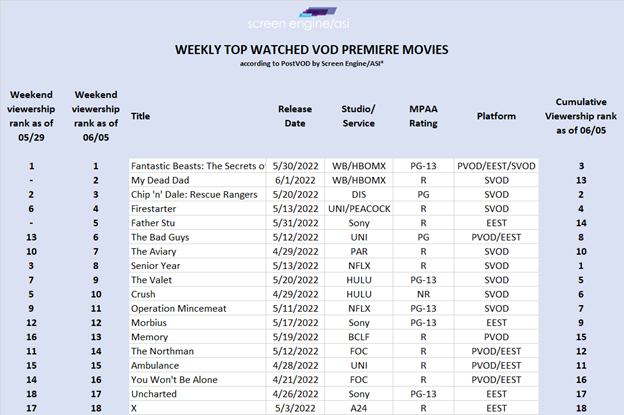 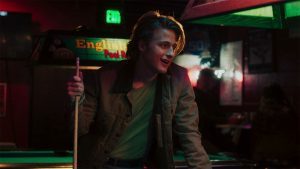 For cumulative streaming views this past week, Netflix’s comedy Senior Year (SVOD) took the No. 1 spot, followed by Disney+’s Chip ‘n’ Dale: Rescue Rangers (SVOD) at No. 2, then Fantastic Beasts: The Secrets of Dumbledore (PVOD/EEST/SVOD) at No. 3.