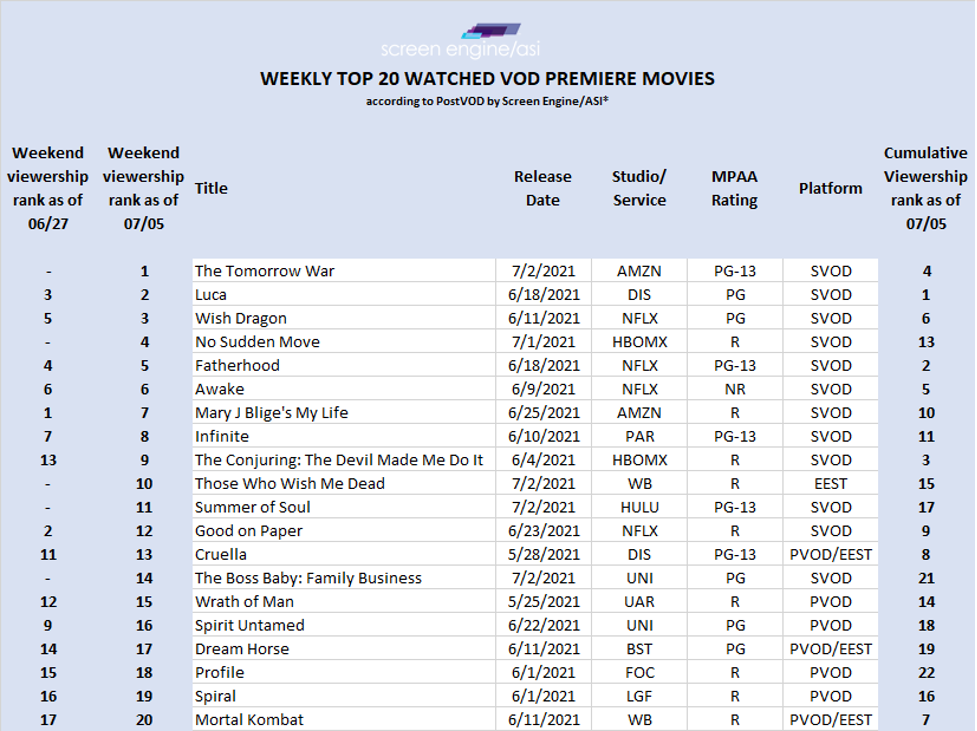 July 5, 2021 | Amazon’s The Tomorrow War wins the 4th of July weekend with strong viewership, coming in at No. 1 on the SEA Top VOD Premiere Movies (video on demand) list this week.The remainder of top three-weekend viewership spots were occupied by family-fare with Disney’s Luca continuing strong at No. 2, and Netflix’s Wish Dragon at the No. 3 spot. Other streaming premiers this weekend were met with a range of success; HBO Max’s newcomer No Sudden Move landed at for No. 4-weekend viewership, while Hulu’s Summer 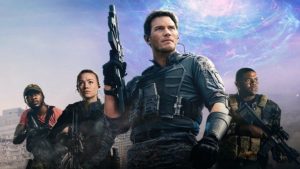 of Soul and Universal’s The Boss Baby: Family Business garnered fewer views, at No 11 and No. 14 respectively. The debut of Warner Brothers’ Those Who Wish Me Dead on EEST rounds out the top 10-weekend viewership for the 4th of July holiday.

The top cumulatively streamed movie after this weekend continues to be Disney’s Luca, followed by Netflix’s Fatherhood. Amazon’s The Tomorrow War had a strong showing jumping to the fourth spot after only streaming for one weekend, while other debut titles this weekend failed to make the top 10 in cumulative viewing.