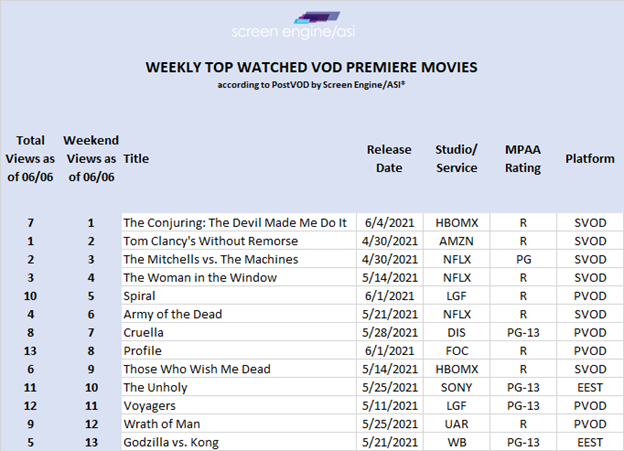 June 7, 2021 | HBO Max’s new release The Conjuring: The Devil Made Me Do It was the No. 1 viewed movie over the weekend on the SEA Top VOD Premiere Movies (video on demand) list, 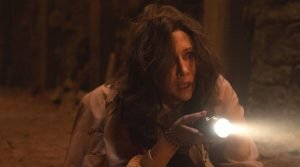 beating out Amazon’s Tom Clancy’s Without Remorse (No. 2) and Netflix’s The Mitchell’s vs. The Machines (No. 3) and The Woman in the Window (No. 4) in weekend views. Lionsgate Films’ Spiral premiered at No. 5 as the most viewed PVOD movie over this weekend, followed by Disney’s Cruella at No. 7, and Focus Features’ Profile premiering at No. 8. The top cumulatively streamed movie for this week was Amazon’s Tom Clancy’s Without Remorse.