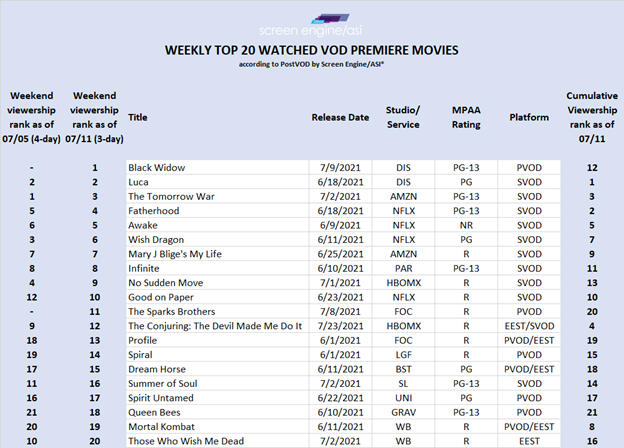 July 12, 2021 | Disney’s Black Widow premiered at the No. 1 spot on the SEA Top VOD Premiere Movies list (video on demand). Disney’s Luca continues to hold onto No. 2, followed closely 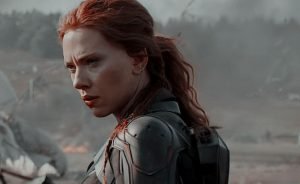 by Amazon’s The Tomorrow War at No. 3. Focus Features’ music documentary, The Sparks Brothers, debuts at No. 11. While Netflix continues to hold No. 4, 5 and 6 with Fatherhood, Awake, and Wish Dragon, respectively.

For top cumulative streaming, Disney’s Luca holds onto No. 1 for the third weekend in a row, followed by Netflix’s Fatherhood and Amazon’s The Tomorrow War sitting at No. 3 in its second week. HBO Max’s The Conjuring: The Devil Made Me Do It and Netflix’s Awake rounds out the Top 5 cumulatively streamed list.