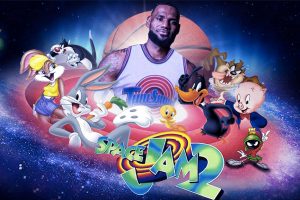 Legacy at No. 1, and Paramount’s A Quiet Place Part II (46 days after theatrical, on SVOD and EEST) at No. 2. Five weeks after their premieres, Disney’s Luca holds strong at No. 3 and Netflix’s Fatherhood still at No. 4. Netflix’s Gunpowder Milkshake debuts at No. 6. Two major titles had some noticeable declines, as Disney’s Black Widow dropped 14 spots in its second weekend to No. 14, and Amazon’s The Tomorrow War drops five spots in its third weekend down to No. 8. Two older releases make major moves back up the list, with Peacock’s The Boss Baby: Family Business up 16 places at No. 5 this week, and HBO Max’s In the Heights back on the top 20 list at No. 17 for the weekend.

For top cumulative streaming, former major releases hold strong, with Disney’s Luca still at No. 1, and Netflix’s Fatherhood and Amazon’s The Tomorrow War swapping places, now at No. 2 and No. 3, respectively. Family titles Peacock’s The Boss Baby: Family Business and Netflix’s Wish Dragon, made big moves on the cumulative viewing list, moving into the Top 20 list, up to No. 4 and No. 5, respectively.