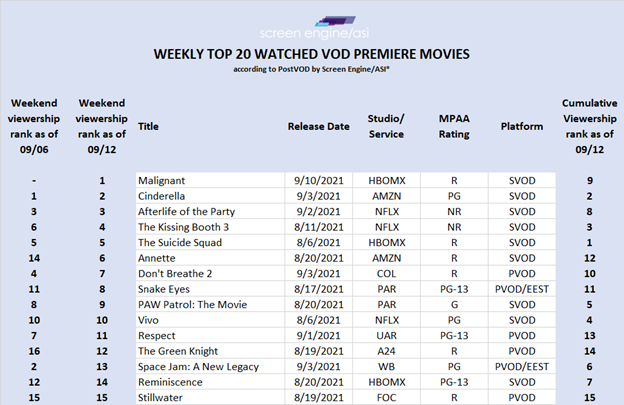 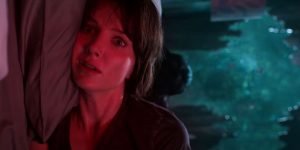 Movies (video on demand) list at No. 1. The previous leader, Amazon’s musical success Cinderella, shifted down slightly to No. 2. Two weeks in, Netflix’s comedy drama Afterlife of the Party remained at No. 3, just barely ahead of another Netflix title The Kissing Booth 3 (No. 4). Also on its second week, Sony’s Don’t Breathe 2 (PVOD) stood at No. 7, being the top PVOD/EEST title this week. Amazon’s Annette climbed with strong momentum, up eight places to No. 6; while Warner Bros.’ Space Jam: A New Legacy (PVOD/EEST) lost momentum and dropped to No. 13.

For top cumulative streaming viewership, HBO Max’s The Suicide Squad retained the No. 1 spot with a strong performance. Amazon’s Cinderella gained more views on the second week and stood at No. 2. Following the musical closely was Netflix’s The Kissing Booth 3 at No. 3.