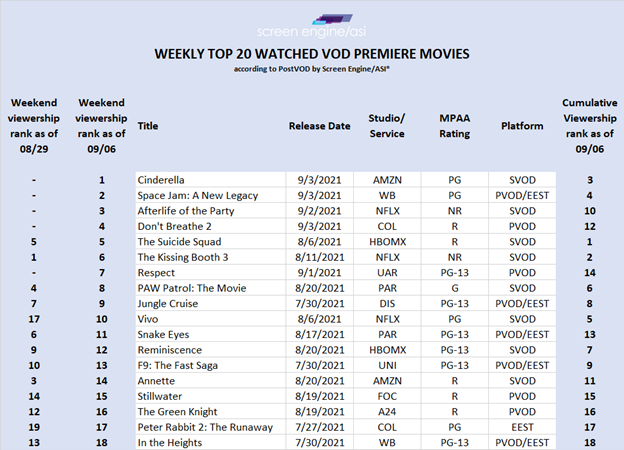 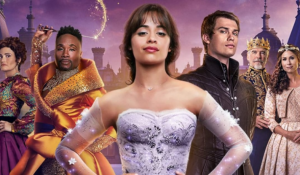 drama Afterlife of the Party debuted at No. 3, followed by Sony’s horror thriller Don’t Breathe 2 (PVOD). Another premiere title, United Artists Releasing’s Respect (PVOD) came in at No. 7. With new releases stepping in on top, most previous titles dropped a few spots this week. Previous winner The Kissing Booth 3 on Netflix stood at No. 6, Amazon’s Annette dropped from No. 3 to No. 14, and Paramount’s PAW Patrol: The Movie shifted down four places to No. 8.

For top cumulative streaming viewership, HBO Max’s The Suicide Squad held the No. 1 spot firmly after a month of release. Netflix’s The Kissing Booth 3 accumulated the second most viewership three weeks in, and Amazon’s Cinderella stood at No. 3 on its debut week.