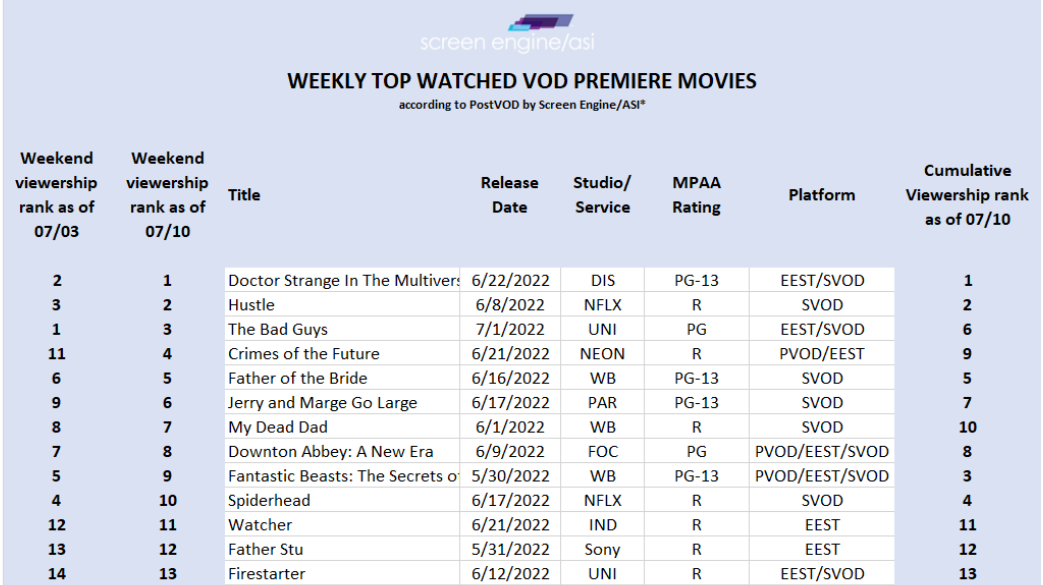 July 11, 2022 | This past weekend on the SEA Top VOD Premiere Movies (video on demand) list, Disney’s Doctor Strange In The Multiverse Of Madness (PVOD/EEST/SVOD) regained viewership and took the No. 1 spot. Netflix’s sports comedy drama film Hustle (SVOD) took the No. 2 overall spot ahead of Universal’s animated film The Bad Guys (PVOD/EEST/SVOD) at No. 3. Neon’s Crimes of the Future (SVOD) regained viewership in its fourth week (No. 4) followed by Warner Bros.’ Father of the Bride (SVOD) at No. 5. 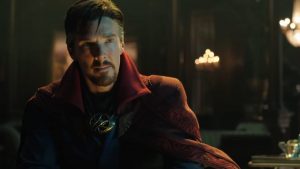 For cumulative streaming views this past week, Disney’s Doctor Strange In The Multiverse Of Madness (PVOD/EEST/SVOD), maintained the No. 1 spot still ahead of Netflix’s Hustle (SVOD) at No. 2, then Warner Bros.’ Fantastic Beasts: The Secrets of Dumbledore (PVOD/EEST/SVOD) holding steady at No. 3.