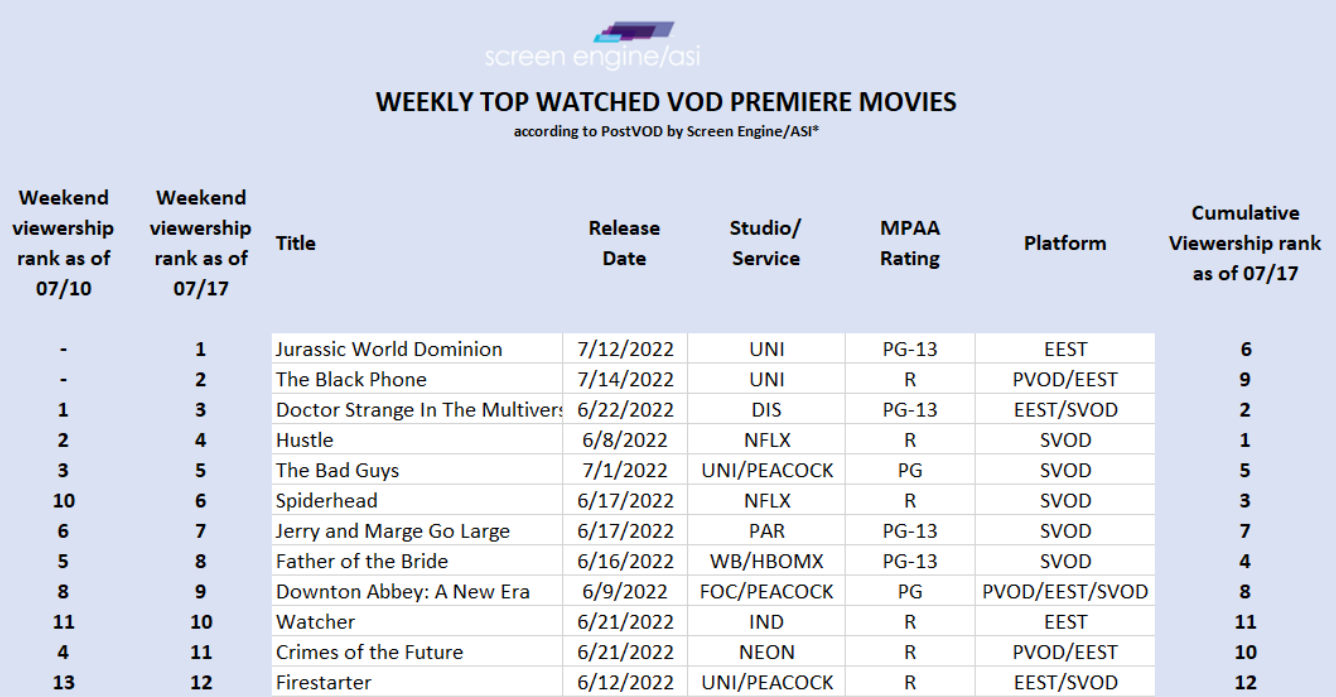 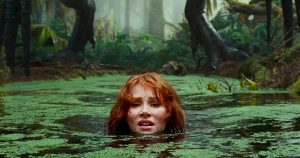 July 18, 2022 | This past weekend on the SEA Top VOD Premiere Movies (video on demand) list, Universal’s action adventure film Jurassic World: Dominion (EEST) debuted at No. 1. Universal’s horror thriller film The Black Phone (PVOD/EEST) premiered at No. 2 ahead of Disney’s Doctor Strange In The Multiverse Of Madness (PVOD/EEST/SVOD) which dropped down to No. 3. Netflix’s sports comedy drama film Hustle (SVOD) dropped a couple spots to No. 4 overall, followed by Universal’s The Bad Guys (EEST/SVOD) at No. 5.

For cumulative streaming views this past week, Netflix’s Hustle (SVOD) regained viewership to reach the No. 1 spot ahead of at No. 2, Disney’s Doctor Strange In The Multiverse Of Madness (PVOD/EEST/SVOD). Then Netflix’s Spiderhead (SVOD) coming in at No. 3.