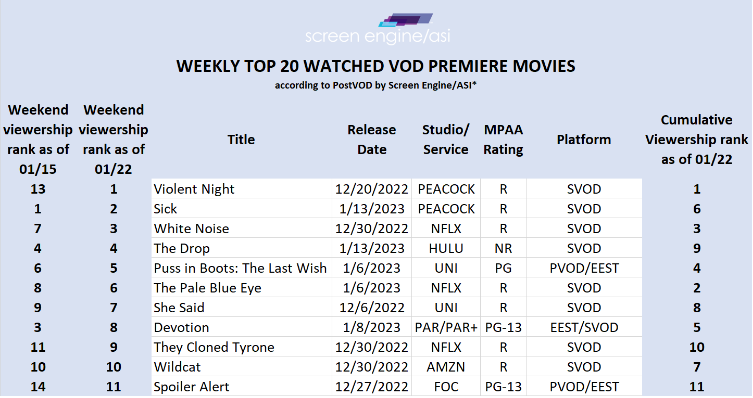 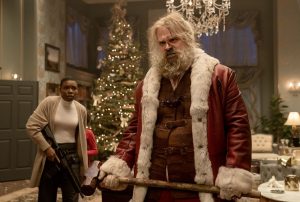 This past weekend on the SEA Top VOD Premiere Movies (video on demand) list, Universal’s action dark-comedy Violent Night (SVOD) started its SVOD release in the No. 1 top spot, moving up twelve spots. Universal’s horror–thriller film Sick (SVOD) moved down from the top spot to No. 2. Netflix’s absurdist comedy-drama film White Noise (SVOD) moved up four spots to No. 3. The American biographical war film Devotion (produced by Sony, released by Paramount) (EEST/SVOD) moved down five spots out of the top three to No. 8.

For cumulative streaming views this past week, Universal’s Violent Night (SVOD) held the top spot (No. 1), followed by Netflix’s mystery-thriller The Pale Blue Eye (SVOD) (No. 2), and Netflix’s White Noise (SVOD) (No. 3).