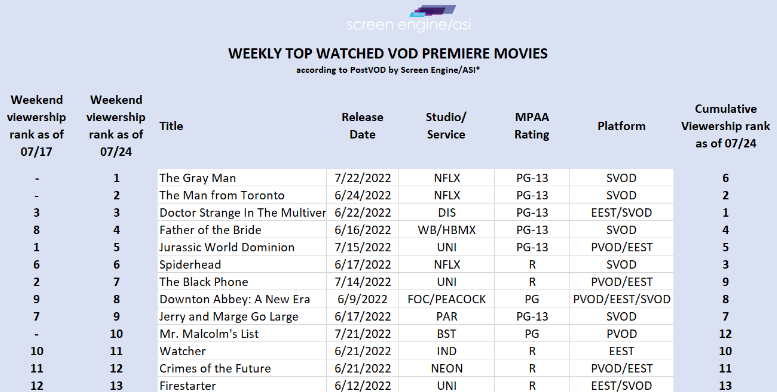 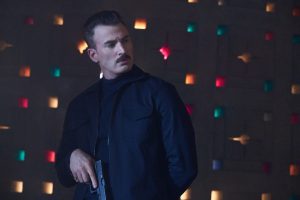 July 25, 2022 | This past weekend on the SEA Top VOD Premiere Movies (video on demand) list, Netflix’s action thriller, The Gray Man debuted at No. 1, another Netflix title The Man from Toronto was added to PostVOD tracking in its third week, and has healthy viewership in 2nd place. Disney+’s superhero film Doctor Strange In The Multiverse Of Madness maintained viewership (No. 3). Warner Bros./HBO Max’s Father of the Bride (SVOD) regained viewership (No. 4), followed by Universal’s Jurassic World: Dominion (PVOD/EEST) which dropped 4 spots to No. 5 in its second week.

For cumulative streaming views this past week, Disney’s Doctor Strange In The Multiverse Of Madness (PVOD/EEST/SVOD) regained viewership to reach the No. 1 spot ahead of at No. 2, Netflix’s The Man from Toronto. Then Netflix’s Spiderhead (SVOD) coming in at No. 3.