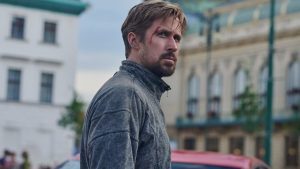 August 1, 2022 | This past weekend on the SEA Top VOD Premiere Movies (video on demand) list, Netflix’s action thriller The Gray Man (SVOD) maintained viewership (No. 1). Hulu’s comedy drama Not Okay (SVOD) debuted this week at No. 2. Netflix’s action comedy The Man from Toronto (SVOD) dropped a spot to No. 3. Similarly, Disney+’s superhero film Doctor Strange In The Multiverse Of Madness (EEST/SVOD) dropped a spot to No. 4. Universal’s horror thriller The Black Phone regained viewership and moved up to No. 5.

For cumulative streaming views this past week, Disney’s Doctor Strange In The Multiverse Of Madness (EEST/SVOD) maintained viewership (No. 1) still ahead of No. 2, Netflix’s The Man from Toronto (SVOD). Then Netflix’s The Gray Man (SVOD) coming in at No. 3.