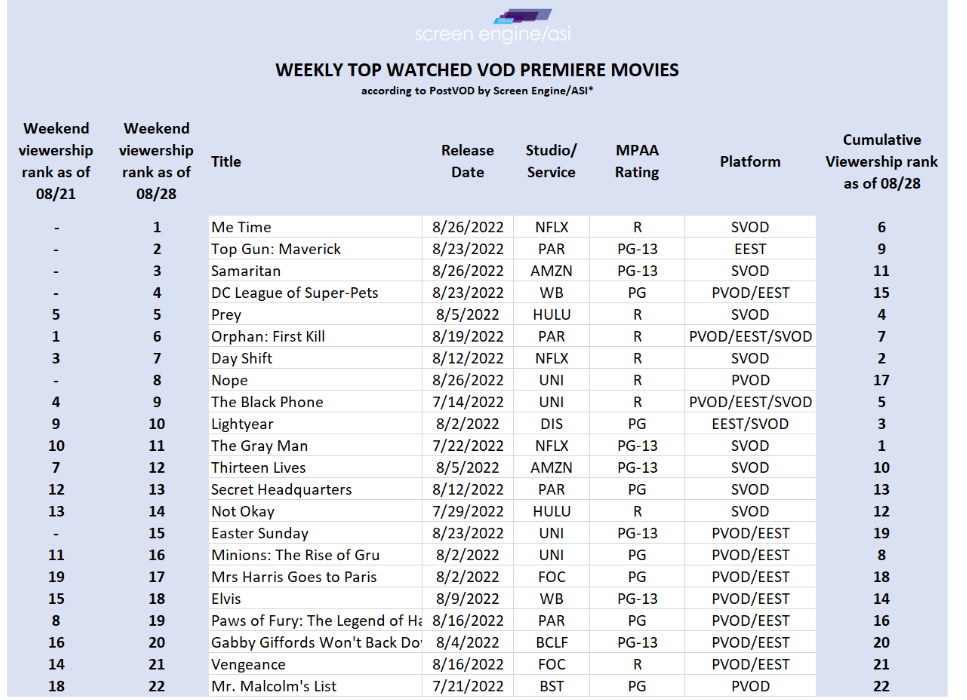 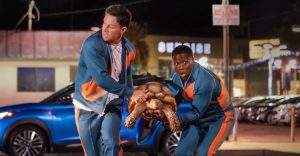 August 29, 2022 | This past weekend on the SEA Top VOD Premiere Movies (video on demand) list, Netflix’s comedy film Me Time (SVOD) was in the top spot (No. 1). Paramount’s action dram film Top Gun: Maverick (EEST) was in at No. 2. Amazon’s action-drama fantasy film Samaritan (SVOD) was at No. 3. Warner Bros.’ animated action-adventure film DC League of Super-Pets (PVOD/EEST) was in at No. 4. Hulu’s science fiction horror film Prey (SVOD) maintained viewership at No. 5.