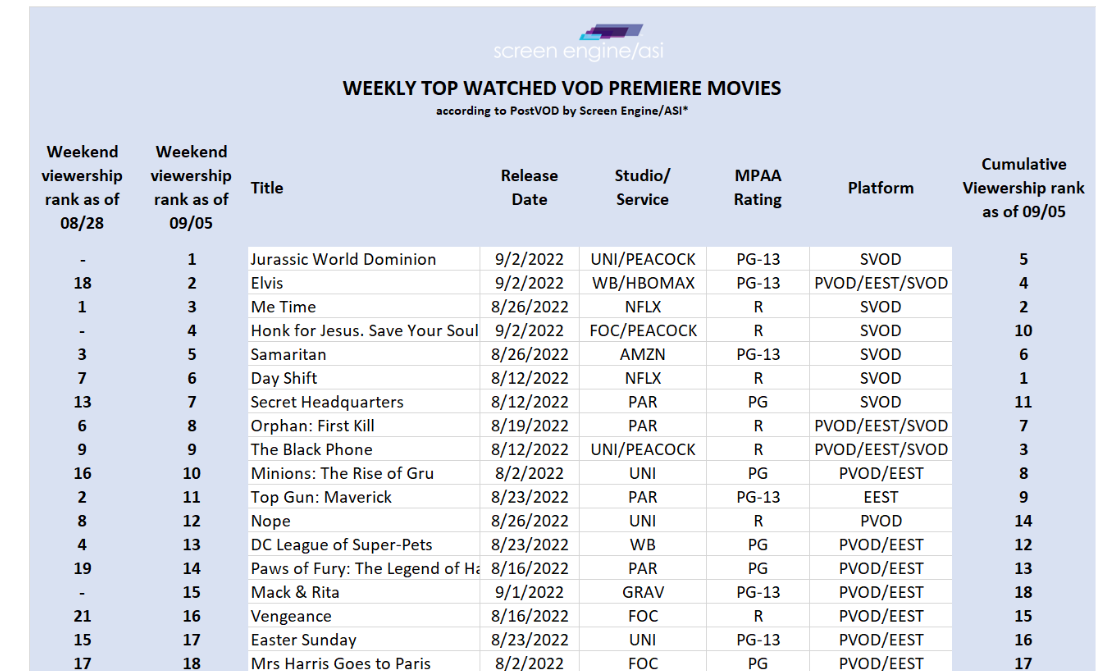 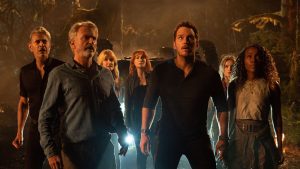 For cumulative streaming views this past week, Netflix’s Day Shift moved up to the top spot (No. 1), while Netflix’s Me Time was in at No. 2. Universal’s The Black Phone was at No. 3.