Streaming with Cinephiles: Finding Quality Films in a Binge-Obsessed World

Film lovers are a patient lot. Decades ago, they would wait months, if not years, until their local repertory cinema brought back cherished titles. Then, the video age ushered in ways to get a fix away from theatres, mainly via physical discs and set-top video on demand.

Today, as technology brings constant streaming and OTT innovation, there are now dozens of ways to discover films—probably too many, many media executives say. And yet, there are more obstacles than ever standing in cinephiles’ way—many created by the dense tangle of legal rights that restrict streaming of many library titles.

According to estimates by the tracking firm Parks Associates, there are nearly 120 OTT services in the U.S. Finally, though, the rate of growth is slowing as the market becomes saturated. In 2016, 33 new services launched, compared with 43 the year before. Streaming is dominated by the Big Three: Netflix, Amazon and Hulu. A July report from Parks Associates found that 59 percent of broadband homes now subscribe to an OTT service. Yet only 6 percent of those have subscriptions to other services without maintaining a login with the Big Three.

Netflix, Amazon and Hulu are also leveraging their advantage by spending aggressively (some say recklessly) on original content. That used to mean series like House of Cards and Transparent, but film is increasingly a priority. Netflix is making features with Brad Pitt, Adam Sandler and Will Smith, projecting it will soon release a remarkable 50 films a year, triple the output of major Hollywood studios. Amazon, meanwhile, has become an aggressive buyer at festivals and an active producer of titles like last year’s Oscar-winning Manchester by the Sea. In a rare trifecta, it has three films (from Richard Linklater, Todd Haynes and Woody Allen) in this fall’s New York Film Festival coveted tentpole slots (Opening and Closing nights and Centerpiece).

As they focus more on their own movies, the major streaming services are marginalizing others’ films. Hulu jettisoned the Criterion Collection and Netflix recently saw its stock take a hit when Disney announced it would pull its movies off the platform in favor of a planned Disney streaming service. From the dawn of streaming, services like Popcornflix and Crackle arose to serve up movies, but those are ad-supported and therefore in a different category. And niche players like Shout! Factory have recently (what else?) decided profit margins would be higher if they owned their own content, so their focus is also shifting toward originals.

Into this muddle are striding some niche pure-film purveyors of varying age and provenance. Turner, parent of classic movie TV network, acquired the Criterion Collection and launched FilmStruck, a stand-alone subscription app. It joins two other destinations for film lovers that have been around for a lot longer: Mubi and Fandor. (Platforms like Warner Archive Instant or Tribeca Shortlist are worthwhile but weighted heavily toward traditional Hollywood studio fare.)

Distribution used to be a choke point but as overall OTT consumption has risen, the barriers are lowering, meaning the services are widely available through Roku, ChromeCast, gaming platforms and smart TVs. Dedicated cord-cutters can also stream via the web.

With a secular shift toward streaming, more niche services could be on their way, in moves mirroring Disney’s break from Netflix on a smaller level. “With competition set to intensify,” Parks senior analyst Glenn Hower wrote in July, “services will begin to focus on niche segments beyond young consumers, offering unique content and services in order to capture any remaining untapped portions of the market.”

He compares the state of movie streaming to the days before streaming music services arrived in the U.S. Their algorithms made them viable. Similarly, “cradle-to-grave, all-you-can-eat services like Netflix or Amazon can live side by side with niche services,” he says. “People and families want them both.” Subscription services like Crunchyroll (catering to anime fans) or Rooster Teeth (young males) have thrived by “maintaining relationships with core fans and keeping their costs down,” he adds.

That bodes well for film fans. For the time being, though, anyone looking for the latest work by Thailand’s Apichatpong Weerasethakul should get to know the three main cinephile services. Here’s a snapshot:

MINUSES: Those watching on laptops should beware Filmstruck’s Flash-driven website. 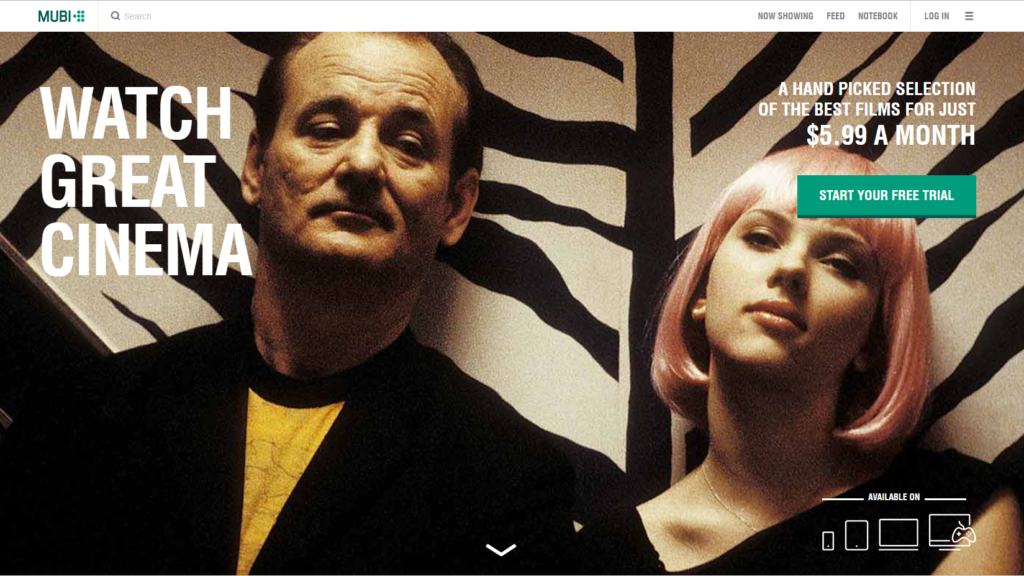 TITLES: One per day goes live, from stash of hundreds, across a distinctly global footprint serving some 200 international territories

MINUSES: Despite some satisfying deep cuts reminiscent of those at video stores like New York’s Kim’s or L.A.’s Vidiots, the quality level varies wildly.

TITLES: 7,000, including shorts, documentaries and ephemera

MINUSES: Less-than-elegant interface does not differentiate between two-hour features and 20-minute shorts. Pound for pound, the service overall lacks heft.