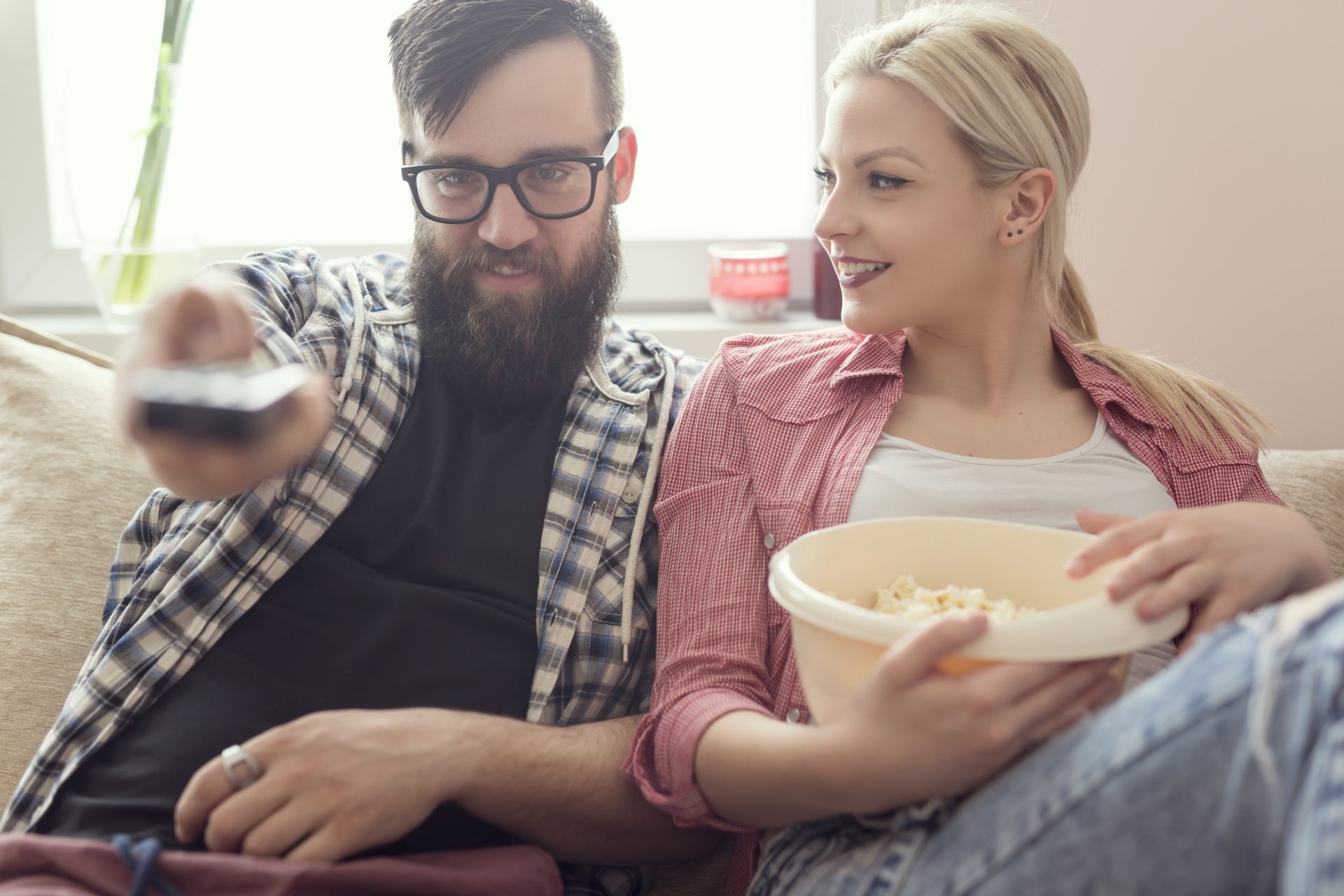 TDG’s Michael Greeson on toggling, rebundling and what comes next

January 31, 2020 | Michael Greeson is President and Co-Founder of The Diffusion Group, the highly regarded media research firm whose work explores the intersection between consumer technology and media behavior.  Just after the launches of Disney+ and AppleTV+, but before the bows of HBO Max and Peacock, DEG talked to Greeson about the D2C transition. 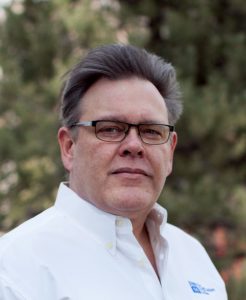 The current D2C transition is often characterized as one of the most disruptive periods in the history of television. Do you agree with that?

MG: I fully agree, as every link in the home entertainment value chain is enduring disruption. But it’s not as if this disruption just got cranked up in 2019. This process began more than decade ago, shortly after Netflix began streaming. Unfortunately, it has taken a decade for Hollywood to grasp the full implications of that seemingly simple tech shift.

For the first five years of this period, the disruption was primarily technology-driven, with ongoing improvements in networks and devices to deliver faster broadband and higher-quality streaming video. In the last five years, these innovations disrupted established business models, and that’s where most of the action is occurring now and will occur in the next decade.

How are consumers driving the transition from linear TV to streaming (if they are)?

MG: For one, they have more choice when it comes to high-quality TV content than ever before. Moreover, they are increasingly choosing on-demand streaming services as opposed to live linear TV. TDG found that US adult broadband users spend about half of their TV screen time watching streaming video. Among younger viewers, it’s even more.

Here’s a simple way to think about it. When you sit down to watch TV, to what source do you turn first? Ten years ago, most all viewers turned first to live broadcasts. Today, among those with a home broadband connection, about half turn first to live linear while 45% turn first to a streaming source (SVOD, TVOD, or AVOD). Put another way, in the last decade, streaming has evolved from a supplement to live viewing (slowly peeling away live viewing time) to a legitimate replacement, much has TDG predicted as in 2012.

Why the shift? As the reach and quality of broadband connections expanded, so too did the number of players entering the streaming video space. In order to differentiate, simply regurgitating prior shows was no longer enough. High-quality made-for-streaming originals ramped up and traditional studios realized that, if that’s where the eyeballs were going, that’s where their best content had to go, which meant taking control of their extensive libraries to launch their own D2C services.

It sounds like quality of content is a primary factor in consumers’ move to D2C. What are other key reasons people are making the shift?

MG: We’ve been studying Netflix streamers since the service’s introduction in 2007. When long-term users are asked why they still subscribe to Netflix, “great price” tops the list, with quality of content ranking second. Put simply, great price plus great content equals high value, and value is largely responsible for driving consumers into the arms of streaming services—especially when compared with pay-TV services.

However, every time Netflix increases its prices, consumers reconsider the value calculus. TDG’s research found that, of those that had dropped Netflix in the last five years, most of them quit in the last 12 months. Why? “Price increases” came to top, followed by increased use of competing streaming services and boredom with the content. And this is before high-value third-party franchises are pulled in 2020, which will only further complicate the value calculus.

With big guns like Disney and WarnerMedia moving into the D2C space, no doubt consumers will have access to even more high-quality streaming content. However, because of the tribalism inherent in launching branded D2C services (a phenomenon TDG first noted in Q1 ’18), the consumer experience will be fragmented among an ever-growing array of services. At some point, then, the cost of SVOD services will become a much more important issue in consumer decisions.

There is a lot of research already showing that consumers think there are quickly getting to be too many streaming services, and that they collectively are too expensive. What do you think this means for established players, new services, and those that haven’t launched yet?

MG: Recent TDG research found that two-thirds of SVOD subscribers are comfortable with the number of services to which they subscribe and aren’t looking to add or cancel a service. Only 10 percent said they were paying for too many services and needed to cancel one or more. So, the idea that consumers are “fatigued” by the number of SVOD apps they are using is incorrect.

Moreover, simply because consumers tell you that, at this point in time, they are unlikely to add a new streaming service says little about whether or not they would indeed add a great new service offered at great price (e.g., Disney+).

For example, in the same survey where we assessed perceptions of app-count fatigue, we asked adult broadband users of their interest in what is now Disney+ at an average price point of $7 (it came to market at $6.99, so we weren’t far off). Astonishingly, nearly half of OTT streamers were to varying degrees interested in signing up for Disney+, even though most of them had just a minute earlier said they weren’t looking to add or cancel an SVOD service.

When asked of the impact of adding Disney+ to their SVOD services, most said they would simply add it to their current collection versus replacing another. Of those who said they would cancel another app, the majority said they’d drop Hulu, not Netflix. Netflix, in other words, is largely viewed as a bedrock service.

What can the streaming services do to cultivate this more elastic demand?

MG: As TDG has reiterated for the last two years, “subscription hopping” or “app toggling” will become an increasingly common behavior among OTT users—that is, signing up for an app for short period of time (a month or less), binging all the shows you care about, then cancelling that app and adding another. While the possibility of this behavior has always existed, it’s only now starting to make sense to consumers—especially given the growing content fragmentation brought on by D2C and media tribalism, and the growing costs of subscribing to more than a few SVOD apps.

We noted in late 2017 that new “Pay-TV 3.0 operators” would emerge to address this behavior; to provide a single gateway within which consumers could buy and cancel apps at will. Amazon Prime Channels and the Roku Channel Store are early favorites to be the first true Pay-TV 3.0 operators, as they’ve built an ecosystem in which the model could be executed.

MG: An a la carte bundle, if you will, but with much greater flexibility than pay-TV bundles. Imagine a bundle comprised of streaming channels from three tiers. For $50 a month, you get one premium app (say, Netflix, HBO Max, or other apps currently priced at $13/month or higher); three mid-tier apps (say, Hulu, Disney+, or others priced a la carte at $5-$10/month); and five low-tier apps (say, Peacock, Curiosity Stream, and others priced at $5 or less per month). But here’s the kicker: you can switch between apps of the same tier at will.

It seems fantastical now,  and it will require nuanced negotiations with content owners as well as possibly an annual contract, but we believe this is where we are headed in the next three to five years. And Amazon, Roku, and Apple will be driving it.

Hulu is already encouraging this behavior, though within a Disney-only bundle. If you want to upgrade on-demand Hulu to the Live TV tier, perhaps to watch a certain series of live programming (say, NFL games). Once the season is over, you can change back to Hulu on-demand. The goal is to keep you within that ecosystem, and the best way to do that is promote this flexibility. Going full Pay-TV 3.0 is significantly more ambitious, but you see the groundwork being laid now.

Disney’s launch of Disney+ struck some people as a stark contrast with the way a tech company would launch and run a major new service. (Such as undertaking a broad launch of the service without a beta test and discounting the role of data in the creative process). Do you see fundamental differences in the way media companies and tech companies are approaching streaming services? And who is doing a better job?

MG: Well, they are definitely operations built for different ends. Technology companies are primarily run by computer engineers with a goal to create and perfect technologies. Media companies, on the other hand, are primarily run by creatives and producers, and built to create compelling media. The latter relies on the former to distribute their media, while the former relies on the latter to provide content of sufficient quality that the need for their technology is manifest.

While these are different ends, they are not mutually exclusive. We now use the phrase “tech-media company” to refer to entities like Amazon, Facebook, and Apple that were born of Silicon Valley but have long sought to work their way into Hollywood. Note that the term “media-tech company” is rarely used, and it’s rare that creative-driven studios venture into native technology efforts, preferring instead to acquire tech companies as needed to improve media delivery.

Disney, regardless of acquisitions to build up its technology portfolio, is still primarily a creative-driven company.

Netflix, while undoubtedly producing great content, cedes creative choices to data engineers. If an expensive star-driven title doesn’t live up to viewing expectations, it is cancelled at the speed of light (or rather, speed of data), despite the protests of creatives vested in story line or social statement. Conversely, a studio like Disney might hang on to a show much longer than an algorithm because of the faith and confidence of creatives who see the value of show as more than just the sum of data.

As to positioning…. With a tech-media firm like Apple, Apple TV+ is first, The Morning Show second. Disney, on the other hand, is all too happy to push The Mandalorian to the front, with Disney+, of course, featured prominently.

As to who’s most successful, it’s hard to argue with either. Both Disney and Netflix and Disney are killing it, even as their brethren struggle.

As the content landscape becomes more fragmented, and high-quality content is distributed exclusively through an affiliated service, what must be done from a marketing standpoint to help consumers make the connection between show titles and service brand?

MG: Seek differentiation in original content. This is where traditional studios like Disney, WarnerMedia, and Peacock have undeniable advantage. Netflix should be viewed in this light, as well. It has successfully built a deep library of originals with more on the way.

Mine your user base. For companies like Apple, without a rich library of original content, receiving a few Hollywood awards in 2020 would be wonderful. However, it is unlikely to draw more than few greenfield consumers into its rank. Then again, the objective is to convert as many Apple users as possible into paying Apple TV+ subscribers, thus the one-year-free offer. That’s a great base to start with, but if Apple could retain even five percent to 10 percent of its global users as paying subscribers, the service does indeed have a chance.

Seek differentiation in value. Achieving the right balance of content and price is required, but operators should also be hyper-aware of shifting pricing dynamics, which is pointing downward

Look to new models on the horizon. Pay-TV 3.0 may seem futuristic, but it will arrive in the next three to five years, albeit in a limited form. Longer term, it is all but certain to be a favored model.